Why ‘Internal Administrative Law’ is Law

In September, President Trump rescinded a policy that allows immigrants who were brought to the U.S. as children and who stayed without authorization to remain in the country without fear of deportation.

The policy, known as Deferred Action for Childhood Arrivals (DACA), was rooted in a 2012 directive from the secretary of homeland security that advised her staff to use its discretion to protect such immigrants from removal. 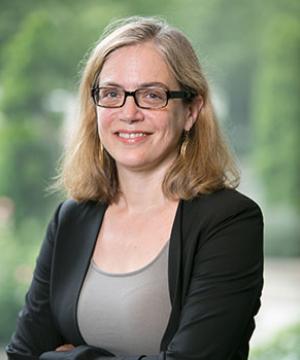 Both the directive by the Trump administration and the one it repeals illustrate a contention by Gillian Metzger ’96, the Stanley H. Fuld Professor of Law at Columbia Law School, who argues in a recent issue of the Michigan Law Review that the policies and playbooks federal agencies rely on to conduct their own activities are as much a form of law as the regulations they issue or the statutes and judicial decisions they implement.

Together with Kevin Stack, a professor of law at Vanderbilt University, Metzger contends that agency operations, such as the memoranda that created and rescinded DACA, constitute a body of internal administration that qualifies as law.

“Failing to acknowledge the legal character of internal administration means that we are missing an essential aspect of how government functions,” says Metzger. “That omission is increasingly problematic in our current world in which understanding the mechanisms of, and constraints on, administrative government is an increasingly urgent task.”

The issue entails more than taxonomy. What the authors term “internal administrative law” has assumed greater significance amid polarization and gridlock that can leave Congress struggling to pass legislation and a majority of the Supreme Court disinclined to expand rights derived from the Constitution. Confronted with that reality, both the Obama and Trump administrations turned increasingly to federal agencies to pursue priorities.

Internal blueprints “not only bind and are perceived as binding by agency officials; they also encourage consistency, predictability, and reasoned argument in agency decisionmaking” write Metzger and Stack, who add that such directives “frequently involve traditional lawmaking activity, including interpretation and enforcement of statutes, regulations, executive orders, treaties, and the Constitution.”

As much as internal administrative law is law, courts tend to view such directives with suspicion, the authors note. In some cases—such as a 2015 ruling by the U.S. Court of Appeals for the 5th Circuit that invalidated a push by President Obama to broaden immigration protections for undocumented parents of children—judges perceive such measures as efforts to evade legal restrictions. In other cases, courts complain that agencies use internal law to avoid public comment on rulemaking.

The tendency to view internal administrative law as less than law, the authors argue, runs counter to the Administrative Procedure Act (APA), the 1946 law that governs the process by which federal agencies develop and issue regulations. The APA, they argue, anticipates—and leaves “ample room” for—agencies to develop such directives.

The suspicion also “creates incentives for agencies to be less specific, less decisive, and less clear in their internal documents,” say Metzger and Stack, who note that’s the opposite of good government.

By deferring to “internal administrative law,” the authors say, courts can honor the structure for agency decisionmaking laid out in the APA and help to ensure not only that the bureaucracy acts effectively but also “the legality, regularity, consistency, and accountability of agency action.”

The issue looks likely to remain.

As the authors see it, the way forward depends on developing mechanisms that allow agencies to map out blueprints and set priorities without abandoning oversight of decisionmaking. Congress could clarify that agencies may write their playbooks without triggering a requirement for public comment, or could revise the APA to focus courts more on the adequacy of oversight that agencies bring to decisionmaking and less on scrutiny of decisions themselves.

Meanwhile, the authors argue, judges should jettison their tendency to treat internal administrative law as triggering a requirement for notice and comment, and allow agencies latitude to set priorities and to structure the exercise of their discretion.

By deferring to internal administrative law, Metzger and Stack maintain, courts can honor the framework for agency decisionmaking laid out in the APA and help to ensure not only that the bureaucracy acts effectively but also “the legality, regularity, consistency, and accountability of agency action.”