The Perils of Marriage Equality
How African Americans and Gays Mistakenly Thought the
Right to Marry Would Set Them Free
By Katherine Franke
“Wedlocked is a brilliantly conceived cautionary tale of the risks of securing a
‘freedom to marry.’ Drawing upon original research into the complications that marriage rights carried for slaves freed in the 1860s, Katherine Franke warns that marriage rights are not the unalloyed triumph for gay people and same-sex couples that the
Supreme Court and virtually all commentators have claimed.”
—William N. Eskridge Jr., author of Dishonorable Passions: Sodomy Laws in America, 1861-2003
Marriage equality has been heralded as the civil rights issue of the 21st century. While that may be true, it turns out that the right to marry has a history, and a racial history in particular. The gay rights movement is not the first social movement that prioritized a right to marry; so did the movement to free enslaved people in the 19th century. It turns out that today’s marriage equality movement could learn from the experiences of newly-freed African Americans when they won the right to marry at the end of the Civil War. Juxtaposing these two movements and historical periods we can see how marriage rights provide economic, social and family security. But this history also shows how tying the definition of free and equal citizenship so intimately to the institution of marriage can be dangerous.
In WEDLOCKED: The Perils of Marriage Equality, Katherine Franke’s detailed research weaves stories of African Americans’ struggle to gain freedom and basic civil rights at the end of the Civil War with lessons for today’s marriage equality movement. The association of these two struggles for marriage rights offers two important lessons: first, be careful what you wish for, as the backlash against new rights holders may set back the larger cause for equality; and second, the two movements for marriage rights can illuminate the differences between racism and homophobia.
While the similarities figure greatly in the book, the differences may be more startling. The campaign to achieve marriage equality for same-sex couples illustrates the transformative power of marriage; homosexuality has been rebranded from the perverse to the acutely human: deserving of dignity and respect. By contrast, marriage has never worked a similar kind of magic for African American couples no matter how nurturing, loving and caring they may be. In this sense, the badge of inferiority that African Americans suffer reveals itself to be more durable than the stain of homophobia endured by LGBT people.
“If marriage is the much-exhausted metric of morality in our times,
Katherine Franke’s Wedlocked turns razor-sharp insight to the tangled genealogy of its
often-incoherent power in the American context. Franke aligns struggles for gay marriage rights with African Americans’ first access to the right to marry, smartly exposing the
malleable line between intimacy and the untouchable.”
—Patricia J. Williams, author of the column “Diary of a Mad Law Professor” for The Nation
A Note About Wedlocked: The Perils of Marriage Equality
by Katherine Franke
Almost twenty years ago, when the fight for marriage equality in the LGBT community was a crazy idea advocated by just a few gay lawyers, I started thinking: Marriage? Why marriage? Why on earth would we want to invite the state to get involved in our relationships when over a dozen states still criminalized homosexuality? Of course I also had a thorough critique of marriage as an institution that had never been very good for women. But more pressing to me was the strangeness of the idea of turning to marriage as part of a larger story of freedom and equality for a group of people that were thought of as deserving the stigma, shame and discrimination they suffered. 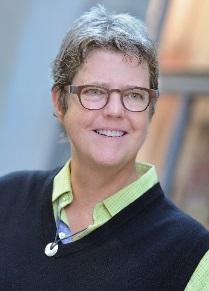 © Sean Sime
My unease with the LGBT community’s marriage equality agenda led me to want to know more about what African Americans went through when they were able to marry for the first time at the end of the Civil War.  Might their experiences with a new right to marry, at a time when they continued to suffer widespread and overwhelming racism, hold out lessons for today’s marriage equality movement? I expected I might discover lessons in “be careful what you wish for” when it came to gaining the right to marry in a context where you and your people were still looked down upon as less than fully human.
So I took to the archives in Vicksburg and Jackson, Mississippi; Raleigh and Oxford, North Carolina; Nicholasville, Kentucky; Morrow, Georgia; and Washington, D.C. What I found entranced me—it’s a wonder I was able to pry myself away! I found first hand, never-told stories of how newly freed people celebrated the right to marry for the first time and then found themselves disciplined through the rules of marriage—prosecuted for bigamy, adultery or fornication. I certainly found evidence of the cautionary tales I suspected might lie in these old crumbling documents.
At the same time that I locked myself in the archives the world outside was changing: the fight for marriage equality began to take hold and gain momentum in ways I never would have predicted. As the opposition to marriage rights for same-sex couples withered, I had to rethink the thesis for my book. Maybe the juxtaposition of these two experiences of marriage might teach us something important about the difference between racism and homophobia. And so it did.
Writing Wedlocked has challenged me to think hard about marriage, about tradition, about rights and about my own resistance to the gay community’s prioritization of marriage equality as a civil rights goal. I have had to revisit some of my most deeply held views as I struggled with this material and with the success of the marriage equality movement, and I hope that readers of the book will too.
# # #
Katherine Franke is the Sulzbacher Professor of Law, and Director of the Center for Gender & Sexuality Law at Columbia Law School. She is among the nation's leading scholars working at the intersections of feminist, queer, and critical race theory, and has been a frequent commentator on racial, gender and queer approaches to justice. Franke also serves as the Chair of the Board of Directors of the Center for Constitutional Rights. In recent months, Prof. Franke has been featured in The New York Times and provided commentary on All Things Considered, CBS Evening News with Scott Pelley, and in the Associated Press, among numerous other places on the issue of gay marriage.
(New York University Press ǀ November 6, 2015 ǀ $35.00 ǀ 288 pages ǀ 9781479815746)
Media Contact: Sarah Russo, SRǀPR             (917) 627-5993 ǀ[email protected]