Over the past year, alumni have published nonfiction books covering legal topics from climate change to voting rights to the January 6 riot at the U.S. Capitol. 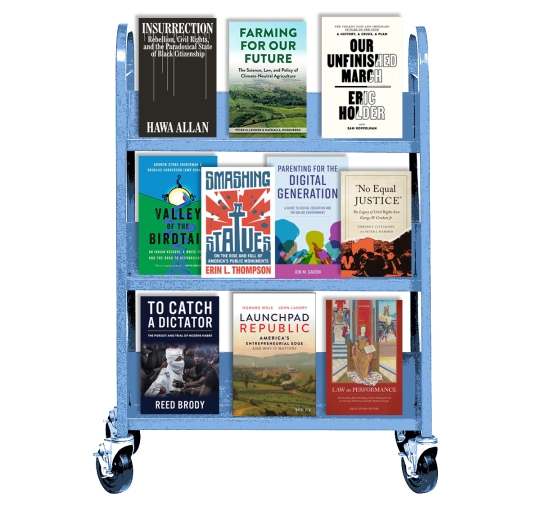 A professor of art crime, a former attorney general, and a leading expert on African American legal history are among the Columbia Law alumni authors who published nonfiction books in 2022. 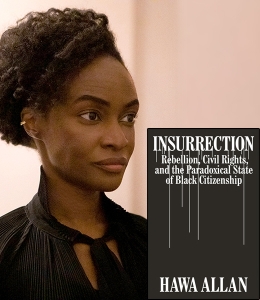 The 1807 Insurrection Act, which allows the president to deploy federal military to fend off lawlessness and rebellion, is integrally linked to the perceived threat of Black American equity, Allan argues. It was invoked by President Ulysses S. Grant to quell white-supremacist uprisings in the south during Reconstruction and to suppress so-called “race riots,” like those in Los Angeles in 1992. Allan, a lawyer and critic, reflects on the presence of fear and silence in history and their shadowy impact on the law. 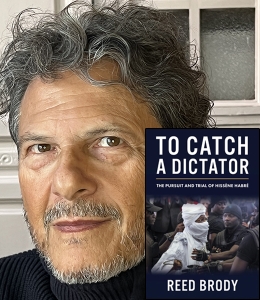 To Catch a Dictator: The Pursuit and Trial of Hissène Habré (Columbia University Press, November 2022)

Brody, a human rights lawyer, writes a dramatic insider’s account of the hunt for Hissène Habré, the brutal despot who ruled Chad for eight years, and his momentous trial. Habré became the first former head of state to be convicted of crimes against humanity in the courts of another country. This suspenseful book shows that even the worst tyrants can be brought to justice. 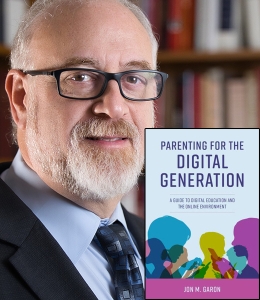 Parenting for the Digital Generation: A Guide to Digital Education and the Online Environment (Rowman & Littlefield, February 2022)

Written by a professor of intellectual property, cybersecurity, and technology, this is a practical handbook for parents, grandparents, teachers, and counselors who want to understand the generation of digital natives who are more familiar with a smartphone than they are with a paper book along with the opportunities and the threats of the digital environment. 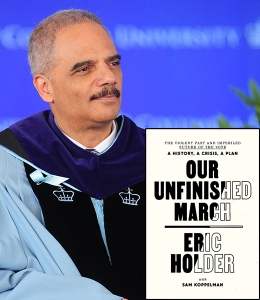 Our Unfinished March: The Violent Past and Imperiled Future of the Vote—a History, a Crisis, a Plan (Penguin Random House, May 2022)

The former U.S. attorney general during the Obama administration writes a history of the struggle to extend the vote to all Americans and outlines the dangers to it since Shelby County v. Holder gutted the Voting Rights Act in 2013—then outlines a plan to reverse the tide of voter suppression and make the United States a democracy where every voice is heard and every vote is counted. 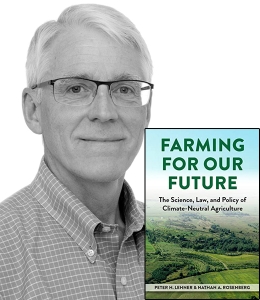 Farming for Our Future: The Science, Law, and Policy of Climate-Neutral Agriculture (ELI Press, December 2021)

Lehner, a lawyer with public interest environmental law organization Earthjustice, examines the policies and legal reforms needed to make agriculture in the United States climate neutral or better. The practices Lehner outlines will also, he says, make our food system more resilient to the impacts of climate change. 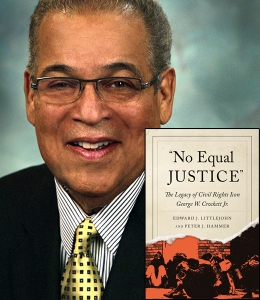 George W. Crockett Jr. spent his life fighting racism and defending the constitutional rights of the oppressed. This biography, written by two professors at Wayne State University Law School, covers the former congressman’s wide-ranging career and introduces him to a new generation of readers, historians, and social justice activists. In addition to serving five terms in Congress, Crockett fought discrimination in the United Auto Workers union; defended the constitutional rights of U.S. Communist Party leaders (during which he was sentenced to prison for contempt of court by Judge Harold Medina 1912); headed the National Lawyers Guild office in Jackson, Mississippi, during 1964’s Freedom Summer; and became a judge in Detroit. Littlejohn, a leading expert on African American legal history, is the founder of the Damon J. Keith Law Collection of African-American Legal History at Wayne State’s Walter P. Reuther Library. 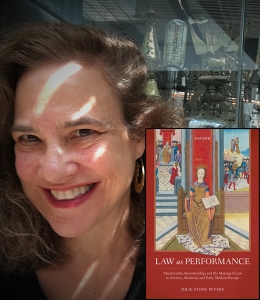 Peters, a Columbia University comparative literature professor, traces the history of legal performance and spectatorship through the early modern period, investigating how performance literally created law: in civic arenas, courtrooms, judges’ chambers, marketplaces, scaffolds, and streets. Peters recovers a long, rich, and largely overlooked tradition of jurisprudential thought about law as a performance practice—a tradition that, in working to distinguish law from theatrics, defined the very nature of law. 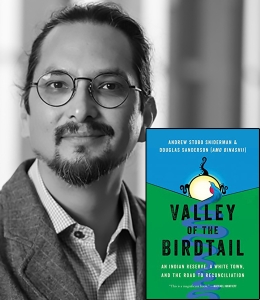 Valley of the Birdtail: An Indian Reserve, a White Town, and the Road to Reconciliation (Harper Collins, August 2022)

Co-written by Douglas Sanderson (Amo Binashii) ’04 LL.M., associate professor at the University of Toronto Law School and a member of the Opaskwayak Cree Nation, Valley of the Birdtail is a true story about racism and reconciliation that focuses on two communities in Canada: the town of Rossburn, where family income is near the national average and more than a third of adults have graduated from university, and the Waywayseecappo Indian reserve, where the average family lives below the national poverty line and less than a third of adults have graduated from high school. Following multiple generations of two families—one white and one Indigenous—the book weaves their lives into the larger story of Canada in an effort to change the way we think about our past and show a path to a better future. 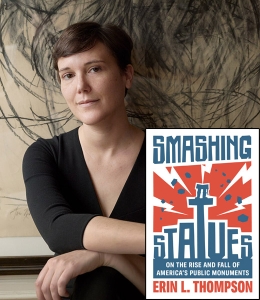 Thompson, a law professor who specializes in art crime, describes the turbulent history of American monuments and the controversies over their preservation or removal. As debate continues over depictions of Columbus and Confederate soldiers, among other historical figures, Thompson provides context for considering the fundamental questions for rebuilding our public landscape and our nation as a whole: Whose voices must be heard, and whose pain must remain private? 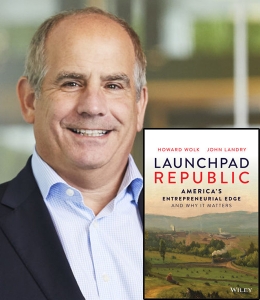 Entrepreneurship is a rebellious act, and America’s democratic system is unique in enabling new companies to challenge established ones. Wolk, the CEO of a business conglomerate, assesses how American entrepreneurial capitalism unfolded and addresses the rise of Big Tech; concerns about inequality, inclusivity, and sustainability; and the evolution toward stakeholder capitalism.

From Memoirs to Marijuana: The Year in Alumni Books