The Law School will co-host a special session of the court, the Hands Lecture, and a private dinner to celebrate the 125th anniversary of the 2nd Circuit.

Columbia Law School Professor Thomas Merrill, the Charles Evan Hughes Professor of Law, will deliver the 2017 Hands Lecture on Sept. 27 at a special session of the U.S. Court of Appeals for the 2nd Circuit. 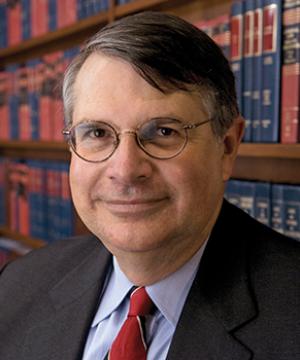 Merrill, a leading expert in property, administrative law, and constitutional and statutory interpretation, will lecture on “Learned Hand and Statutory Interpretation: Theory and Practice,” during a special event co-hosted by the Law School and the court, commemorating the closing of its year-long 125th-anniversary celebration.

The annual lecture series is named after first cousins Learned and Augustus Hand, who sat on the 2nd Circuit Court of Appeals for over 30 years. It sponsors addresses by well-known authorities on topics of interest to the judiciary and the bar of the 2nd Circuit.

Merrill, who served as the deputy solicitor general for the Department of Justice in the late 1980s, will address an audience that includes U.S. Supreme Court Justices Ruth Bader Ginsburg ’59, Sonia Sotomayor, and Elena Kagan, as well as the judges of the 2nd Circuit, including Professor Debra Livingston. Ginsburg will offer remarks.

The Hands Lecture will be followed by a reception in the Main Lobby of the Thurgood Marshall Courthouse at 40 Foley Square in downtown Manhattan, followed by a private dinner.