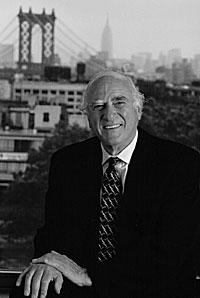 The Honorable Jack B. Weinstein '48
United States District Judge
for the Eastern District of New York

Jack B. Weinstein was born in Wichita, Kansas, and educated in New York City. He received a bachelor's degree from Brooklyn College in 1943, and a law degree from Columbia University in 1948. In 1949 and 1950 he was a teaching Associate at Columbia Law School. In 1949 and 1950 he served as a law clerk to Judge Stanley Fuld of the New York Court of Appeals. After a brief time in private practice, he joined the law faculty of Columbia University. He continued to teach there and in other law schools until 1998. He was the chief drafter of the New York Civil Practice Law and Rules, and was a member of the Advisory Committee that drafted the Federal Rules of Evidence.

After serving as County Attorney of Nassau County, New York, Judge Weinstein was appointed to the federal bench in 1967 by President Johnson on the recommendation of Senator Robert Kennedy. He was chief Judge of the Eastern District of New York from 1980 to 1988.

In recent years, Judge Weinstein has influenced substantive and procedural aspects of the law of mass tort litigation. He has helped create efficient yet compassionate solutions to problems created by Vietnam veterans' exposure to Agent Orange and to the health hazards associated with asbestos, DES, ergonomics problems, breast implants and other such matters.

Judge Weinstein has authored numerous articles and books. Among his publications are multivolume treatises and casebooks on evidence and on procedure and books on Mass Torts, New York State constitutional law and federal revision of practice by rulemaking. 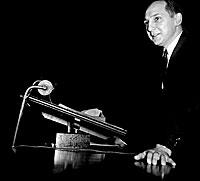 A renowned advocate for judicial reforms on the state and Federal levels, Maurice Rosenberg was a specialist in civil procedure and conflicts of law. Throughout his career, he co-authored eight books (including the definitive casebooks, Elements of Civil Procedure and Conflict of Laws), wrote approximately 70 articles and was active in many associations. Among the numerous awards he received is Columbia's Medal for Excellence, which is presented annually to a Law School graduate or faculty member whose professional accomplishments reflect those qualities of character, intellect, and social and professional responsibility that the Law School nurtures.

Professor Rosenberg graduated from Syracuse University in 1940 and served in the United States Army from 1941-45. After receiving his LL.B. from Columbia in 1947 - and serving as editor-in-chief of the Columbia Law Review - he clerked for two years for the Honorable Stanley H. Fuld '26 of the New York Court of Appeals. He then practiced law at Cravath, Swaine & Moore and Austrian, Lance & Stewart in New York until 1956 when he joined the faculty of Columbia Law School.

In his 39-year tenure here, Professor Rosenberg wrote and lectured extensively on the legal system, particularly on issues of procedures and access to the courts. A visiting Professor at Harvard Law School from 1969-70, he returned to Columbia in 1970 and was appointed the Nash Professor of Law. Among his activities at the Law School, he served as the director of the Columbia University Project for Effective Justice and Executive Director of the School's Walter E. Meyer Research Institute of Law. In 1973, he was appointed the Harold R. Medina Professor of Procedural Jurisprudence.

Professor Rosenberg served on the Mayor's Committee on the Judiciary in New York from 1962-77 and was head of the Advisory Council on Appellate Justice from 1971-75. He was also the Special Assistant to the U.S. Attorney General, served on the Council of the Role of the Courts, and was a Fellow of both the National Endowment for the Humanities and the Center for the Advanced Study in the Behavioral Sciences. Then, in 1979, President Carter appointed him assistant attorney general in charge of the Office for Improvements in the Administration of Justice (a position he held until 1981). In 1980, he was appointed by Chief Justice Warren Burger to the Federal Advisory Committee on Rules of Civil Procedure, where he served until 1987.

Professor Rosenberg retired from the Columbia faculty in 1989. The Maurice Rosenberg Memorial Lecture Series was established in his honor and memory in 1996, one year after his death.