Narechania Is a Fellow in the Julius Silver Program in Law, Science, and Technology

New York, August 4, 2014—Tejas Narechania, a 2011 Columbia Law School graduate currently serving as a research fellow in the Julius Silver Program in Law, Science, and Technology, has been awarded a clerkship with U.S. Supreme Court Justice Stephen G. Breyer for the October 2015 term. 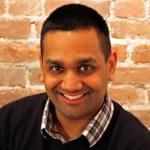 Before joining the Law School as a fellow, Narechania clerked for Judge Diane P. Wood of the U.S. Court of Appeals for the Seventh Circuit. From 2012 to 2013, he served as special counsel at the Federal Communications Commission where he held primary responsibility for matters relating to the commission’s net neutrality rules.
As a student at Columbia Law School, Narechania received the Ruth Bader Ginsburg prize for earning James Kent outstanding academic achievement in each of his three years. He also won the E.B. Convers Prize for his student note, “An Offensive Weapon?: An Empirical Analysis of the ‘Sword’ of State Sovereign Immunity in State-Owned Patents,” which was published in the Columbia Law Review in 2010.
Narechania earned undergraduate degrees in political science and electrical engineering and computer science from UC Berkeley and previously worked at Microsoft.
The Julius Silver Program in Law, Science, and Technology was established in 1985 with a generous gift from Julius Silver ’24 and sponsors and coordinates the Law School’s advanced courses in fields related to science and technology. As a research fellow, Narechania focuses on patent and telecommunications law.
Narechania’s clerkship with Justice Breyer will begin in the October 2015 term. His fellowship ends in July 2015.
Three Columbia Law School graduates are clerking at the U.S. Supreme Court for the October 2014 term.