New York, April 26, 2010—The Internet has made it easier for institutions, universities, and libraries to open up the vast trove of works contained in their archives.

But that ease of use can be quickly overshadowed by a host of legal issues involving copyright, defamation, privacy and tort liability that can derail attempts to make archives more accessible. How to resolve such conflicts dominated the discussions at Digital Archives: Navigating the Legal Shoals, a symposium sponsored by the Kernochan Center for Law, Media, and the Arts at Columbia Law School in conjunction with the Rockefeller Archive Center.
Some 200 librarians, archivists, academics, and lawyers from law schools, major university and public libraries including Cornell University, the University of Illinois, the University of Michigan and the New York Public Library and a wide range of institutions, including the Girl Scouts, Hadassah, Carnegie Hall, the Metropolitan Museum of Art, and the Alvin Ailey American Dance Theatre, discussed April 16 the many issues that digital archives confront. 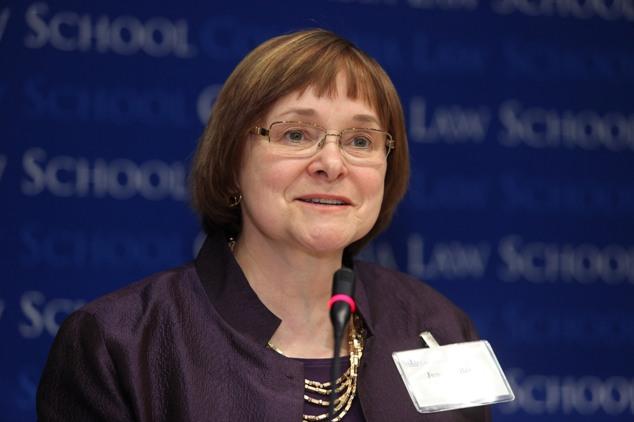 “Archivists are anxious to make the wealth of information they oversee more broadly available over the Internet,” said June Besek, Executive Director of the Kernochan Center (left).
Many works traditionally created and collected in hard copy exist online alongside their digital counterparts, Besek added, “but there are legal constraints in digitizing these works and making them available online.”
The conference was a rare opportunity for archivists to hear from leading intellectual property lawyers about what could be at stake when they put material online, said Jack Meyers, president of the Rockefeller Archive Center.
“Archivists have operated under a certain set of legal assumptions for many years, but when you put information on the web, suddenly they become a publisher and must operate under a different set of restrictions,” Meyers said.
Among the issues archives must take into account:
“Despite all these potential legal obstacles, there are definitely situations where the potential risk is minimal and archives can reasonably go ahead,” said Besek, who moderated a roundtable entitled “How Do You Make a Decision When the Legal Answer is Maybe?”
Another level of uncertainty arises when taking into consideration online use in countries with stricter laws than the U.S, as Jane Ginsburg, (below) the Morton L. Janklow Professor of Literary and Artistic Property Law, pointed out. 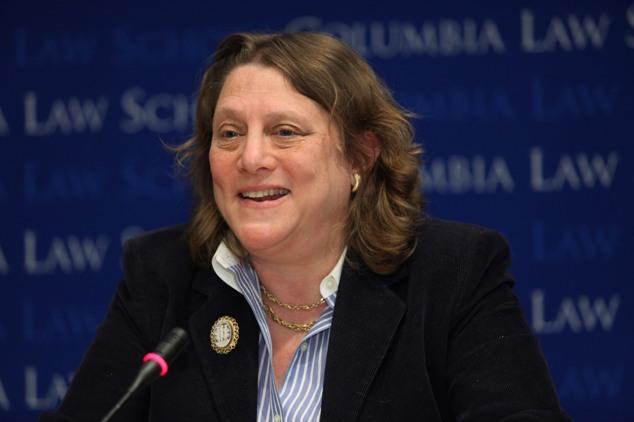 For example, in many countries, the right to privacy does not end when a person dies, and those rights can be enforced by their estate. Similarly, truth is not necessarily a defense to a defamation suit in some jurisdictions.
“What’s your likelihood of being sued? That depends a lot on whether the jurisdiction considers whether simply having a website accessible in the forum is enough to make a foreign defendant amenable to a suit,” Ginsburg said.
Ginsburg noted that foreign courts have split on whether to apply the law of the country from where the communication originates, or the country from where the harm is felt.
As those at the symposium found out, there are no simple answers, when there are answers at all. However, Besek said there is great momentum for trying to change that.
“This topic is of wide interest to archivists and the symposium was very well received,” Besek said. “It seems like no one has done anything quite like this before.”