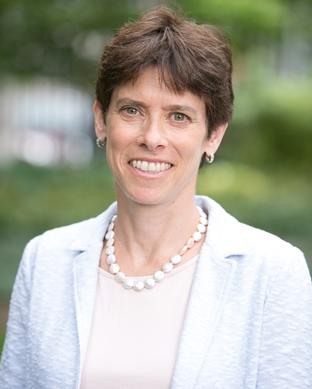 Goldberg, who leads the Law School’s Center for Gender and Sexuality Law and its Sexuality and Gender Law Clinic, will be honored March 30 at a gala in Brooklyn, along with other leading advocates and individuals.  Gay City News is the leading LGBTQ paper serving New Yorkers.

Throughout her career as an advocate, scholar, and teacher, Goldberg has been deeply committed to social justice. She began her career at Lambda Legal, the nation’s oldest and largest legal organization focused on LGBT and HIV-related civil rights. There, she worked on immigration, employment discrimination, and family law matters, as well as two cases that eventually became cornerstone gay rights victories at the U.S. Supreme Court: Lawrence v. Texas, which struck down Texas’s sodomy law, and Romer v. Evans, which overturned an anti-gay Colorado constitutional amendment.

She has continued her advocacy since joining Columbia’s faculty in 2006, filing briefs in nearly every marriage equality case in the U.S., and representing clients pro bono through the Law School’s clinic.

In January 2015, Columbia University President Lee C. Bollinger ’71 appointed Goldberg as the executive vice president for University Life, focusing the new office’s efforts on student life, intellectual life, and community citizenship across Columbia’s many schools. Among the programs she has spearheaded are the nationally recognized Sexual Respect and Community Citizenship Initiative, University-wide task forces on gender-based misconduct prevention and on race, ethnicity and inclusion, and Columbia’s new Awakening Our Democracy series focused on race, ethnicity, disparities and justice, and other pressing issues.

Goldberg is a frequent news media commentator on LGBTQ issues, sexuality and gender law, and discrimination law and litigation issues.

Prior to joining the Law School, Goldberg was a member of the faculty and director of the Women’s Rights Litigation Clinic at Rutgers School of Law-Newark. She graduated with honors from Brown University in 1985, and then was a Fulbright Fellow at the National University of Singapore. Following her graduation with honors from Harvard Law School in 1990, she clerked for Justice Marie Garibaldi of the New Jersey Supreme Court.