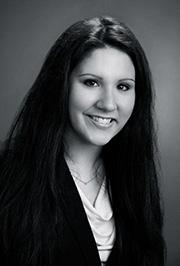 In 2010, amidst much debate over the anemic representation of women in corporate boardrooms, the Securities and Exchange Commission (SEC) instituted Proxy Disclosure Enhancements requiring companies to report on their consideration of diversity in selecting their boards. While the SEC’s new rules require public companies to disclose “whether diversity is a factor in considering candidates for nomination to the board of directors, how diversity is considered in that process, and how the company assesses the effectiveness of its policy for considering diversity,” the criteria for diversity are defined loosely.
For her piece, “The Glass Boardroom: The SEC’s Role in Cracking the Door Open so Women May Enter,” Smallman scrutinized the proxy statements of Fortune 50 companies and found that more than 60 percent have not fully complied with the disclosure requirements and that women hold less than a quarter of their board seats.
“At the start of my research, I would have never predicted such a lack of compliance among our nation’s most influential companies,” Smallman said. “Examining the proxy statements of the Fortune 50 was an eye-opening experience.”
Although the U.S. is unlikely to institute gender quotas as a number of other countries have, Smallman argues that the SEC can take steps to encourage more diversity in boardrooms. She recommends that the SEC issue additional guidance singling out both deficient and exemplary corporate disclosures to promote better compliance with disclosure requirements and more investor awareness.
Smallman, a graduate of Georgetown University, is senior development editor of the Columbia Business Law Review. Professor Robert J. Jackson Jr., co-director of the Law School’s Ira M. Milstein Center for Global Markets and Corporate Ownership, supervised her research.