The Stock Market as Tool for Social Justice 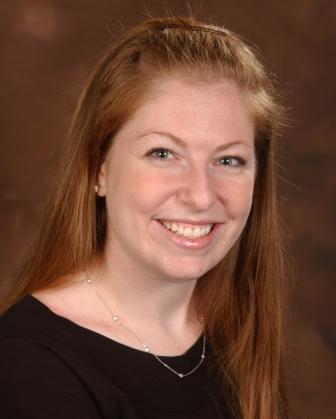 Sit-ins, tent cities and calls for divestment are not the favored protest tools for students in 2007. Strategic financial investment in the stock market is the tactic of choice these days.
Columbia Law School student Lisa Sachs has co-written a book that’s a fresh tool for her peers and higher education trustees and administrators who want to advocate responsible investing at their universities.
Sachs, a 3L, spent the summer working on Integrating Environmental, Social and Governance Issues Into Institutional Investment - A Handbook for Colleges and Universities, produced this month by the Business & Human Rights Program of Amnesty International and the Responsible Endowments Coalition.
“Schools like Columbia can have a tremendous impact on corporate practices nationally and globally, and Columbia is in a unique position to set an example for the hundreds of institutions of higher learning.’’ Sachs said. ``It would be a big opportunity to let slide.”
Lisa is a daughter of Jeffrey D. Sachs, the Director of Columbia University’s Earth Institute, and a leading economic advisor in the field of enlightened globalization; big thinking is the family business.
Lisa Sachs does not advocate divestment in the old 80s way. Instead, she and the Handbook suggest active shareholding in the companies that schools invest in.
She argues that students must push their schools, which can work to make the investments not only more lucrative but also socially acceptable. “Engagement policy should be entrenched in the system,” she said. “It’s not a school’s right; it’s their responsibility to use their partial ownership in companies. This is a case in which not doing anything is doing something.”
The Handbook is designed to be an organizing tool for students and for trustees. It simplifies a complex issue and it offers advice to those who want their schools to adopt socially responsible investing as a policy. It explains the rationale and the methods, and it dispels myths and answers questions.
At a “Town Hall Meeting” on November 13, Lisa will ask Columbia’s Advisory Committee on Socially Responsible Investing to consider changes to make it more powerful: create proxy voting guidelines, invest 1% of the endowment in the surrounding community, and actively engage with the companies Columbia already has shares in.
“My biggest hope is that Columbia will recognize the power of the $7.2 billion managed assets in the endowment to further its social and environmental mission and teachings,” she said. “There’s no such thing as a passive endowment. It is funding and passively condoning practices that are inconsistent with what school is supposed to be teaching and what school stands for.”
The handbook is also endorsed by the non-profit policy groups Friends of the Earth, Social Investment Forum, and Interfaith Center on Corporate Responsibility, and is a free download.