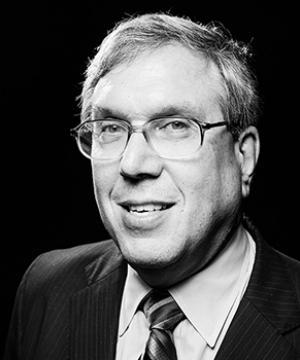 Among the memorabilia in Jeffrey Kessler’s corner office, amid framed courtroom illustrations and pictures of his grandchildren, is a baseball hat emblazoned with the words “Salary Cap.”

Kessler has never worn a ball cap on the playing field—nor a football helmet for that matter—but he has played a pivotal role in sports by, as he puts it, “helping to establish a fair system” for determining athletes’ compensation. In 1992, he put NFL players on the road to free agency with a trial victory that led to the salary cap era. In March of this year, athletes on Division I basketball and Football Bowl Subdivision teams won the right to greater compensation as a result of the trial he won against the NCAA. He is also representing the World Cup champion United States women’s national soccer team in its pay discrimination lawsuit against the U.S. Soccer Federation, which is scheduled to go to trial in May of next year. (Read more about Kessler's thoughts on sports litigation.)

“If we achieve equal pay [through the lawsuit], that would not only be an enormous benefit for these women, but I think it also could set the type of consciousness-altering precedent—not just in the legal sense—that Billie Jean King achieved back in the day,” says Kessler. “Hopefully it will have a positive influence on these issues for women beyond sports. That’s certainly what the women on the team hope.”

His advocacy for athletes has made him the bane of professional and collegiate sports leagues.

He has defended athletes in the kind of cases that earn a “-gate,” suffix: He challenged the NFL’s suspensions of New England Patriots quarterback Tom Brady after “Deflategate” and of the New Orleans Saints’ players in “Bountygate.”

In March, Kessler scored a trial victory against the NCAA when a federal judge ruled that the college association could not cap educational benefits and compensation given to Division I basketball and top-tier football athletes and could allow universities to cover a broader range of education-related expenses for those players. (Both sides are appealing the decision to the 9th Circuit of the U.S. Court of Appeals; Kessler is seeking broader relief.)

Division I basketball and football “are gigantic commercial businesses that happen to be run by colleges,” he says. “They have workers working in those businesses who don’t get paid.”

Kessler adds that the NCAA ruling he won at trial could mean an additional $200 million a year in benefits for Division I athletes. “These athletes who put their bodies on the line to generate this—many of them do not graduate and many of them come from poverty. This is both a legal issue and, frankly, it’s a social justice issue as well.”

Growing up in Brooklyn, Kessler closely followed the sports social justice controversies of the 1960s: Curt Flood’s fight against the reserve clause in baseball, which bound players to teams even after their contracts expired; Muhammed Ali’s fight to return to boxing after refusing the draft; and Tommie Smith and John Carlos’s Olympic medal ceremony protest, which cost them their U.S. Olympic team membership. Those cases were “an inspiration to me,” he says. “But I never thought my legal practice would involve that world.”

In fact, his sports law practice came about almost by accident. He took advantage of Columbia University’s accelerated program to blow through Columbia College and Columbia Law School in six years. Was he, perhaps, a driven student? “‘Driven’ would be a good way to describe me in a lot of things,” he says. He arrived at Weil, Gotshal & Manges to practice antitrust and discovered—after running into Kareem Abdul-Jabbar in the men’s room—that the firm was in the midst of settling the case of Oscar Robertson, the NBA star who fought for more free agency rights and won.

From Weil, Kessler moved to Dewey Ballantine, subsumed in 2007 into Dewey & LeBoeuf. In 2012, Kessler was on the Dewey executive committee when the firm collapsed in bankruptcy. (Dewey’s chief financial officer was convicted of fraud in 2017.) Kessler and his 70-person New York litigation group, originally from Dewey Ballantine, moved together to Winston & Strawn, where he is now co-executive chairman. Regardless of his years in the spotlight arguing widely publicized sports and antitrust cases, he calls the Dewey breakup “the most stressful experience I’ve ever gone through”—not least because of the many employees working for the firm who couldn’t as easily move to another firm as Kessler’s team did.

Many of Kessler’s sports cases have originated in charges of antitrust violations against sports leagues, and he also defends corporations in antitrust cases—an interest that started at Columbia when his single 1L elective was an introduction to antitrust.

“Antitrust law is fascinating to me,” Kessler says. At Weil, Kessler worked with his mentor Ira Millstein ’49 (founder of Columbia Law’s Millstein Center and an authority on corporate governance) on Zenith v. Matsushita, the 1986 Supreme Court antitrust case that established new summary judgment standards. Antitrust practice is “a combination of being a litigator and applying public policy,” says Kessler, who has also taught courses at the Law School on complex litigation. “What you are doing is taking competition principles and applying them to very complicated disputes in an industry where the results could transform the whole shape of that industry in order to benefit consumer welfare.”

Like his athlete clients, Kessler relishes being in the action. “I like the performance side of it,” he says of litigation. A comparison of a fraud case he tried in Louisiana to the one in the film My Cousin Vinny makes him light up in agreement. He happily reenacts one of the key moments in the trial, which, like the movie, involved using a metal tape measure as a prop. (He won the case for Panasonic.) “I like getting on my feet. I like the challenge of dealing with the unexpected and being flexible and adapting because that’s what a trial is all about: being incredibly prepared and recognizing that you’re going to have to make changes on the spot. Nothing’s going to go as planned.”

Although he admits, under pressure, to a “historic rooting interest” in the teams that someone raised in Brooklyn in the 1950s would support—namely, the Yankees, Giants, Knicks, and Rangers—Kessler says he now cheers for athletes more than teams. After all, he says, so many of them are his clients. The exception? When the U.S. Women’s National Team won the World Cup, he was home alone standing in front of the television and cheering. “It was extremely moving,” he says. “It changes the experience when you have that personal connection.”