A ShowCASE of Modern Technology and Design 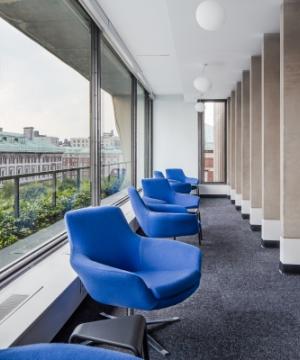 Case Lounge, first established more than 50 years ago, reopens this month as the most technologically advanced space at Columbia Law School, following four months of renovations that included a full-room redesign and a complete audio-visual technology upgrade. The transformation is part of an ongoing School-wide effort to equip classrooms and meeting spaces with the latest technology, including:

Though widely used by students, faculty, and staff alike, few know that the conference room is named after attorney George Bowen Case (left), who only four years after graduating from the Law School in 1897, co-founded the well-known law firm White & Case in downtown Manhattan.

The newly renovated space is the result of a commitment by the Law School that began five years ago to make spaces more technologically advanced and user friendly. The process started with upgrades made to William and June Warren Hall’s classroom 103 in 2011, and includes the redesign of the Jerome Greene Hall lobby last fall, overseen by Studio Joseph, the award-winning New York-based architecture firm that also worked on Case Lounge. Three remodeled seminar rooms, which were also ready for this term, are essentially mini versions of Case Lounge, newly equipped with the same cool technologies including ceiling mics, laser projectors, wireless projection, and the ability to connect to any device. These new rooms will serve as models for future classrooms, including two lecture halls slated to be completed during winter break.

“These improvements represent not just where we’ve needed to be but where we want to go in terms of educational technology,” said Luis Bello, director of Multimedia Services at the Law School, who was responsible for designing the new audio-visual infrastructure in Case Lounge from the ground up. “We are now meeting—and surpassing—the needs of professors and students in a 21st century classroom.” 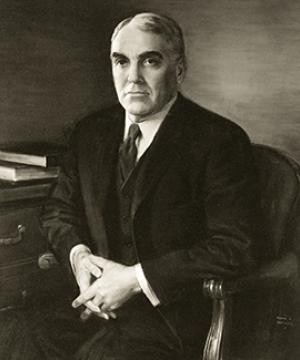 “I want to thank everyone who worked so hard on this project,” said Dean Lester, the Lucy G. Moses Professor of Law, during a ribbon-cutting ceremony and celebration this month, “I’m thrilled that this beautiful space will be a place of both scholarship and fellowship, and I look forward to the best of times in this room.”