New York, March 28, 2018—In deciding whether to overturn a ruling against a man who claims an employment offer was rescinded because he is gay, the Eighth U.S. Circuit Court of Appeals is not bound by a nearly 30-year-old appellate decision, according to a brief filed by the Columbia Law School Sexuality and Gender Law Clinic on March 14.

Mark Horton, represented by Lambda Legal on appeal, sued health care company Midwest Geriatric Management in 2017. He says company officials violated Title VII of the 1964 Civil Rights Act when they withdrew an offer of employment after finding out he was gay. A judge in the Eastern District of Missouri dismissed the case, citing Williamson v. A.G. Edwards & Sons, a 1989 decision from the Eighth Circuit that said “Title VII does not prohibit discrimination against homosexuals.”

But Columbia Law School Professor Suzanne Goldberg, in her capacity as director of the Sexuality and Gender Law Clinic, argues those eight words are not precedential but rather non-binding “dicta,” a term that describes judicial statements not necessary to the decision in a case. Although Goldberg acknowledges that deciding what is dicta can sometimes be a difficult task, she says the answer is relatively straightforward in Williamson: The claim in that case was race discrimination.

In Williamson, “there was no case or controversy as to whether Title VII prohibited sexual orientation discrimination… the court therefore lacked jurisdiction to decide that issue, and its statement—an aside to the race discrimination issue presented to it—cannot be considered binding.”

Goldberg explains that relying on old dicta as a limit on what a court can do in a new case “reduces the court’s flexibility to respond to changes in the law and society through its future rulings.” When appellate courts do this “the problem is compounded… because the error becomes binding on lower courts,” she writes. 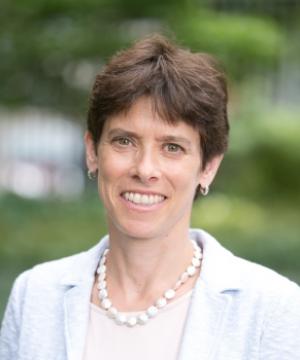 For instance, when the Eighth Circuit issued those eight words in Williamson, Goldberg argues, “the legal and social landscape… was profoundly different”: The U.S. Supreme Court hadn’t yet rejected anti-sodomy laws, struck down state laws discriminating against gay people, or recognized marriage equality.

In addition, since Williamson, the U.S. Equal Employment Opportunity Commission (EEOC) has interpreted Title VII as prohibiting discrimination based on gender identity or sexual orientation; the Seventh U.S. Circuit Court of Appeals did so in 2017; and the Second Circuit followed suit in February. Earlier this month, the Sixth Circuit found that Title VII protects transgender people as well.

Finding that the one sentence comment on sexual-orientation discrimination in Williamson was dicta and not precedent would mean the three-judge Eighth Circuit panel, in considering Mark Horton’s case, “is free to join the Second and Seventh Circuits in concluding that Title VII prohibits employment discrimination on the basis of sexual orientation.” (If the court finds that the words are precedent, only an en banc panel—comprised of all active judges in the Eighth Circuit—could do so.)

Lisa L. Beane and Katherine S. Barrett Wiik of Robins Kaplan LLP in Minneapolis worked closely with the Clinic on the brief. The Sexuality and Gender Law Clinic had to seek permission from the Eighth Circuit to submit its amicus brief because Midwest Geriatric Management did not consent to its filing. A variety of other organizations submitted briefs on Horton’s behalf, including the EEOC, the ACLU, 15 states and the District of Columbia, and nearly 50 businesses and organizations.