The United States may finally tackle tax reform. Here’s what you need to know.

There’s a truism that only two things in life are certain: Death and taxes. But taxes could be much lower and structured very differently going forward, at least in the United States and at least for corporations. At the very minimum, the business tax rate could be slashed substantially.

A recent discussion sponsored by The Richman Center of Columbia University suggested an overhaul of American taxes could be one of the few bipartisan issues of our day. Despite the debate’s title, “Tax Reform Under the Trump Administration,” observed Michael J. Graetz, the Columbia Alumni Professor of Tax Law at Columbia Law School, “We’re seeing uniform consensus that the United States needs to lower the corporate tax rate.”

Two Reasons Why Our System is Broken

The impetus for reform is twofold. The last major tax overhaul in 1986 gave the US a corporate tax rate of 35 percent—the lowest in the developed world. Country after country followed suit, though, dropping the corporate tax average among industrialized countries to about 20 percent. Today, the US statutory rate is the highest in the world.

Nearly as bad, according to panelist Mihir A. Desai, professor of finance at Harvard Business School, is the hurdle that the current system erects to repatriating profits from abroad. The U.S. follows a worldwide tax approach, meaning multinationals pay the full 35 percent of taxes on foreign income that is brought back to America, minus whatever the corporation paid in another jurisdiction. Most other developed countries levy taxes on a territorial basis, in which foreign profits are subjected to a much smaller minimum tax.

This one-two tax punch effectively deters companies from investing in the United States.  Explained Graetz: “In an international economy, the deductions birds flock to the country with the highest tax rate, and the income birds flock elsewhere. We’re attracting deductions for royalties and interest rates and other countries are attracting income.”

In answer to a tax system that is out of synch with the rest of the world, multinational companies have created a slew of vehicles that shift income to cheaper tax jurisdictions. A case in point is inversions, or the purchase of foreign parent companies, which allows businesses to headquarter in relative tax havens. 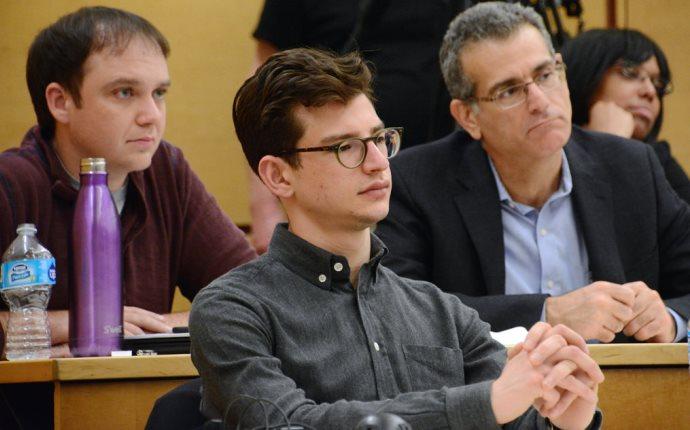 Band-aids haven’t helped the government to recover much. In 2004, Congress created the Homeland Investment Act, a one-time holiday that taxed repatriated profits at just 5 percent. Although the windfall was structured as an investment bonanza (companies were supposed to use that income to build and create jobs), the $300 billion or so that flooded back to the United States went almost exclusively to shareholders in the form of dividends, share buybacks and M&A.

Now Washington has a chance to revamp corporate taxes all over again, and politicians are floating two distinct approaches. As explained by Alex Raskolnikov, the Wilbur H. Friedman Professor of Tax Law and co-chair of Columbia Law School’s Charles E. Gerber Transactional Studies Center: “We can reduce the tax rate—which is what President Trump said he wanted, although he hasn’t provided any details lately—or B-Repeal the corporate tax—bring the rate to zero and replace it with a variation on a consumer tax, which is what the Republicans proposed last summer.”

The structural system changes that lowers tax rates in some instances also switches the United States to a territorial system of taxing foreign income.

Beyond President Trump’s indication that he would like to see a 15 percent corporate rate, President Obama proposed a 28 percent tax, and the current House proposal suggests 20 percent. Whatever the amount, “The pressure is downward,” observed Graetz.

The second approach, variously called “A Better Way,” the Destination Based Cash-Flow Tax (DBCFT), the House Blueprint, and the Ryan-Brady (or sometimes Brady-Ryan) plan, “would be a full take-down of the tax system,” as characterized by Desai. In addition to lowering the corporate tax rate to 20 percent, it taxes goods and services in the jurisdiction where they are consumed—a major departure from the current system that basis taxes on where the goods and services are produced or where the company is headquartered. This so-called “border-adjustment feature” taxes imports and exempts exports.

The DBCFT effectively replaces the corporate income tax with a levy on consumers, but with major loopholes: In an effort to spur employment and development, companies can deduct the cost of wages as well as capital investments (rather than depreciating them over years), although interest costs would no longer be deductible. These features makes the DBCFT what Graetz calls “a cousin to a value-added tax,” making it progressive relative to a VAT, and suggesting that even some Democrats could embrace it.

The DBCFT has substantial support—and opposition. With its new lower tax rate and incentives for growth, “there’s no longer any reason for companies to transfer out of the United States,” explained Desai. “The US could become a tax haven.”

But importers are vociferously opposed to a tax on imports, arguing that the cost of goods would skyrocket. Pointing out that Republicans hold a slim three-point majority in the Senate, Raskolnikov added: “Arkansas has two senators—and Wal-Mart,” which will face a much higher cost of goods since it primarily sells products it has bought abroad.

A further complication is the debate over the budget deficit, and whether any plan that lowers taxes will provide enough revenue to allow the US government to function. Although proponents are betting that incentives will attract a larger tax base, detractors argue that the analysis is based on “funny money.” Even assuming a new 5 percent tax attracts the $3 trillion in outstanding profits that reside overseas, that would fund a drop in the tax rate from 35 percent to just 33.5 percent, calculated Graetz.

Further, formulas assume that today’s trade deficit is the norm. Foreign response is likely to be swift, with countries such as China imposing countervailing duties. The World Trade Organization could even declare the border-adjustment features to be illegal.

Ramifications of a border-adjustment are likely to be profound, as importers will need to find ways to pay for their high-cost goods. One scenario assumes that adopting a 20 percent DBCFT tax rate will trigger an immediate 25 percent appreciation of the dollar. That would offset importer fears of higher costs, but slam dollar-denominated debt throughout the world. Graetz calculated that US holders of foreign assets could lose nearly $5 trillion (20 percent of $24.5 trillion), and foreign holders of American assets might gain more than $8 trillion (25 percent of $32.5 trillion).

An alternative response envisions wholesale inflation of American retail prices, which would necessitate higher wages as well. Simultaneously, some economists expect an M&A wave will occur as exporters such as Boeing buy importers such as Wal-Mart.

Noting that lawmakers and bankers have yet to put either a straight tax reduction or a destination-based tax plan “through the sausage factory,” the panel was skeptical that Republicans can meet their self-imposed August deadline to submit a bill. Still, a business-friendly president, Republican Congress and progressive features that could placate Democrats gives tax reform a better chance than it’s had in 31 years.