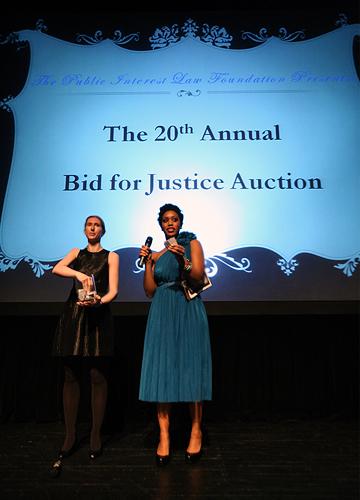 With over 450 attendees, the Public Interest Law Foundation’s (PILF) 20th Annual Bid for Justice Auction sold out of all tickets, filled Roone Arledge Auditorium, and raised over $70,000 for public interest work. Local businesses, professors, alumni, and students generously donated a variety of items and offered their expertise, time, and homes in creative ways to support the foundation’s Community Grants and Guaranteed Summer Funding Programs. 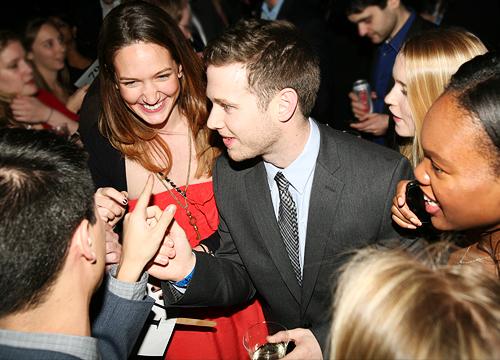 Non-profit organizations that provide legal services to underserved communities through PILF’s Community Grants Program will receive $50,000 of the proceeds, while the remaining funds will subsidize students engaged in the field of public interest law over the summer. 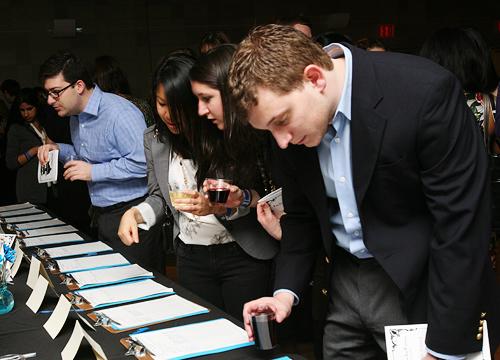 Students peruse the offerings of the silent auction - more than 120 diverse items available!

The night kicked off with the silent auction, in which attendees bid on a vast range of items, including Apple store gift cards, tickets to a New York Knicks game and  Broadway shows, Kindles, homemade vegan double chocolate chip cookies, to swimming lessons. 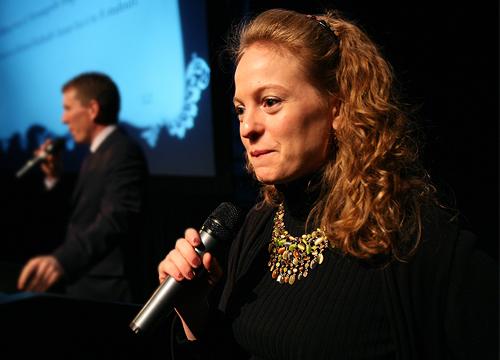 Dean Michelle Greenberg-Kobrin holds her breath; even the auctioneers were not immune to the night's
infectious anticipation and excitement.

As the evening progressed to the live auction, the auctioneers, Dean of Students Michelle Greenberg-Kobrin, Professors Robert Jackson, Ed Morrison,and Trevor Morrison, all stirred up the crowd and incited bidding wars for the big ticket items of the night. 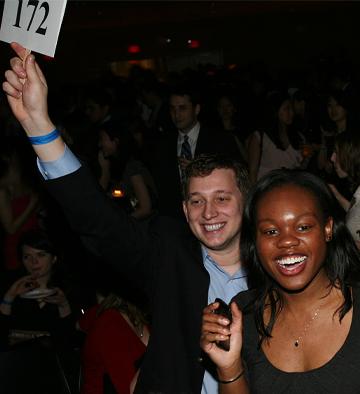 Some of the more highly coveted items in the live auction included an iPad, a martini-making lesson with Professor Philip Bobbitt (liberal-samples included!), dinners and events around the city with various professors, and time at professors’ vacation getaways. The live auction alone brought in more than $20,000 for PILF’s cause. 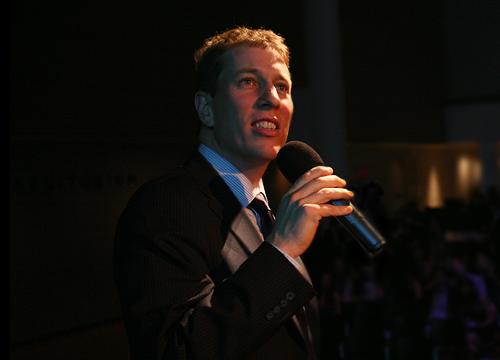 A one-week stay at Professors Tim Wu and Katherine Judge’s beautiful apartment in Buenos Aires, Argentina and a three-day weekend in Professors Elizabeth and Robert Scott’s Nantucket summer home were among of the night’s most fiercely contested prizes. 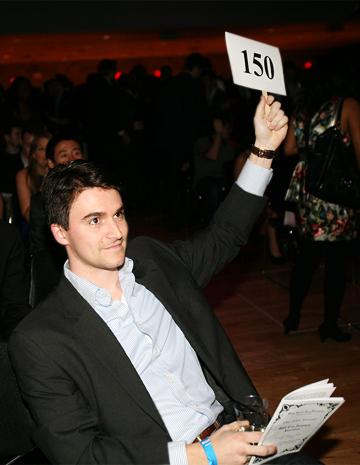 The Public Interest Law Foundation at Columbia is an independent, non-profit corporation of law students, faculty, alumni and friends. Founded in 1980, it raises money through membership dues, donations, bookstore sales, and the annual auction to support and promote the practice of public interest law at Columbia and across the country.