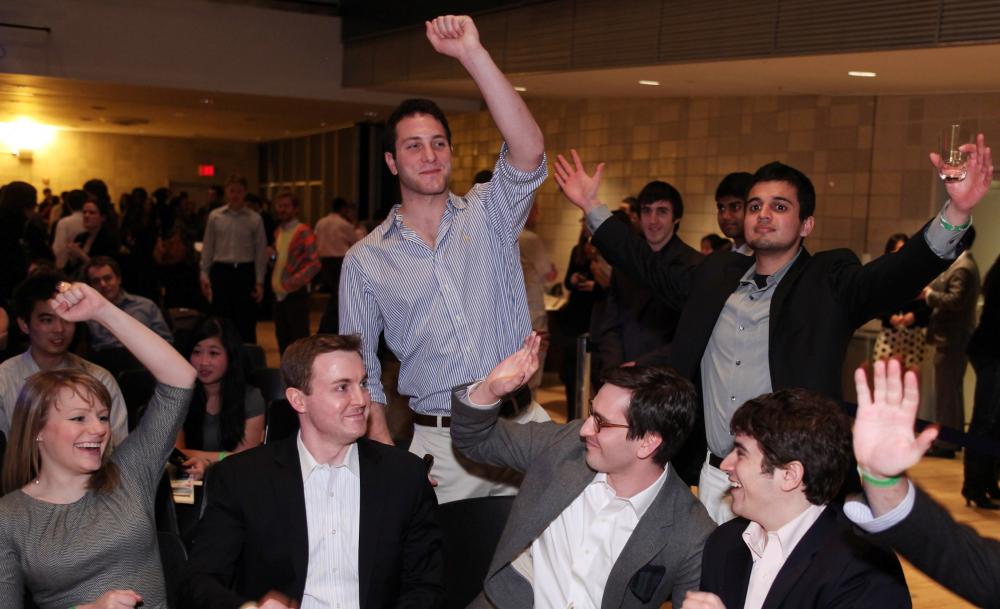 The cartwheels and cheers were courtesy of Patsy Wilson ’13 (below, left, in turquoise scarf), a PILF board member, after she won a day trip to the Bedford, N.Y. country home of Barbara Schatz, Clinical Professor of Law. 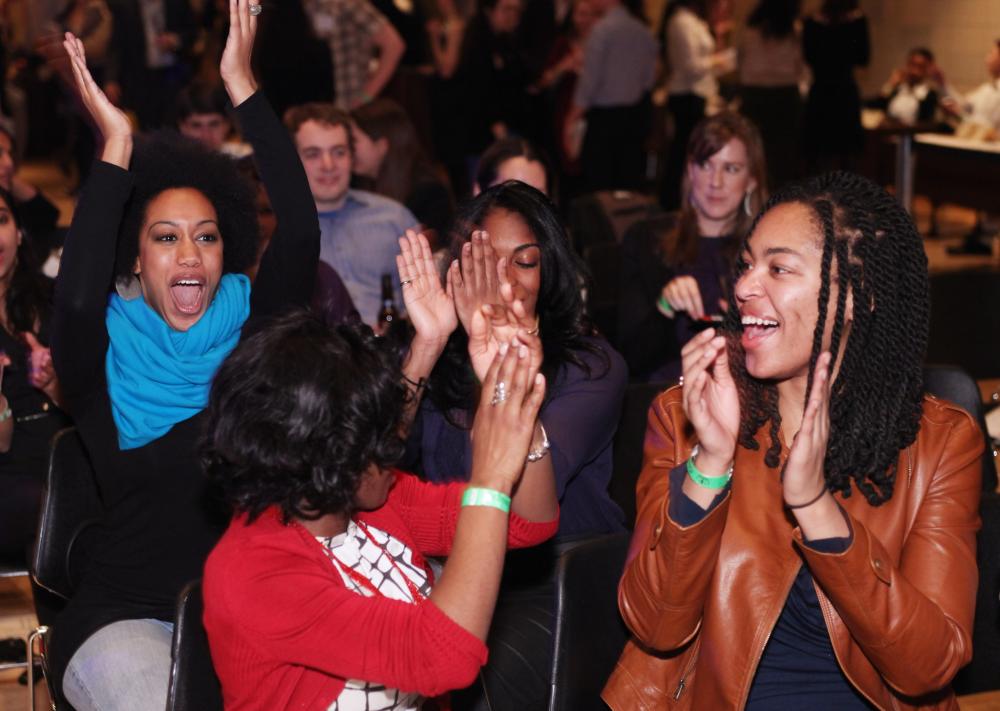 “It’s a really great opportunity to spend time with friends,” Wilson said. She was among more than 400 attendees at the auction, which raised $82,034 for public interest law projects, among the highest amounts raised at the event since its inception in the early nineties. 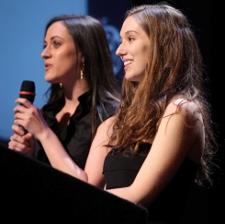 The most popular items were chances to spend time with professors, either dining in their homes or at restaurants.  Other sought-after lots included weekends with groups of friends at professors’ summer homes.  One of the highest bids at the live auction was $3,000 for a long weekend at the Nantucket summer house of Robert E.   Scott, Alfred McCormack Professor of Law and Elizabeth S. Scott, Harold R. Medina Professor in Procedural Jurisprudence, an item donated for the 13th straight year.

Peter Strauss, Betts Professor of Law and PILF faculty board member, was one of many professors who attended--and actively participated in--the auction. “It’s an organization that’s important to me,” he said. Strauss (below) donated a weekend at his lakefront home in the Berkshires as well as four tickets to accompany him to see Wagner’s opera, Ring. Both items were among the top 10 highest items bid for. 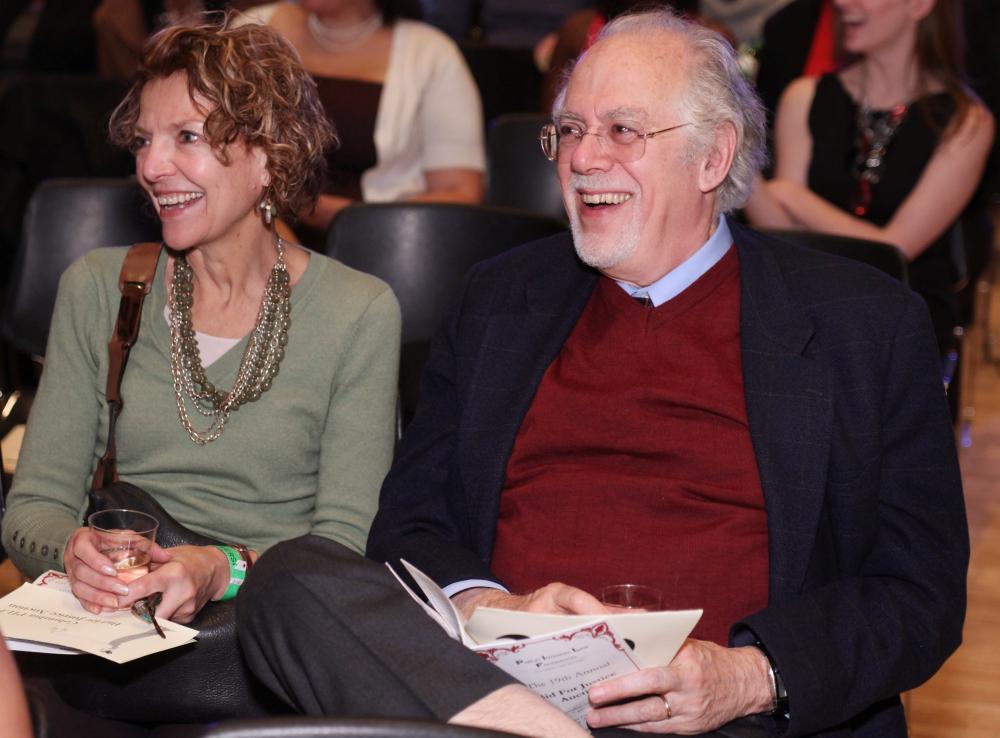 Columbia Law School, founded in 1858, stands at the forefront of legal education and of the law in a global society. Columbia Law School joins its traditional strengths in international and comparative law, constitutional law, administrative law, business law and human rights law with pioneering work in the areas of intellectual property, digital technology, sexuality and gender, criminal, national security, and environmental law.
Visit us at www.law.columbia.edu
Follow us on Twitter http://www.twitter.com/columbialaw