Prospects for Peace on the Korean Peninsula

The director of the Center for Korean Legal Studies, Jeong-Ho Roh ’88 discusses the latest peace agreements. 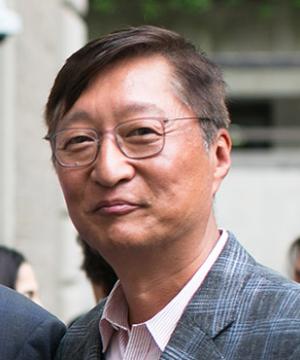 When Jeong-Ho Roh ’88 launched Columbia Law School’s Center for Korean Legal Studies in 1994, the United States and North Korea had just signed a denuclearization agreement. The deal ultimately fell apart, but Roh and the center have continued to study efforts to disarm North Korea and replace the 1953 armistice agreement ending the Korean War with a permanent peace treaty.

On Tuesday, August 28, the center held a forum at Columbia University examining the latest developments in the Korean peace process. The event, sponsored by the Korea Legislation Research Institute, a South Korea government-funded organization, came at an especially opportune moment.

In April, North Korean leader Kim Jong-un and South Korean President Moon Jae-in signed the Panmunjom Declaration, a vaguely worded agreement in which both countries vowed to work toward a peace treaty and denuclearization. That agreement was followed by a June summit between Kim Jong-un and President Donald Trump, resulting in a general pledge by Kim to work toward the “complete denuclearization of the Korean Peninsula,” according to a joint statement from the two countries.

The legal ramifications of these agreements have been much debated, and leading experts will speak at the conference, including Roh, South Korea’s United Nations Ambassador Cho Tae-yul, and former U.S. Ambassador Charles Kartman, who served as special envoy for peace talks with North Korea in the late 1990s. “We’re in a state of uncertainty at the moment,” says Roh, noting that the conference will shine a light on some of the challenges.

In an interview, Roh, a lecturer in law who teaches a seminar called Geopolitics of Law and Conflict on the Korean Peninsula, explained some of the issues.  This interview was edited for clarity and space.

Q: The same year you launched the center, the United States and North Korea signed onto the Agreed Framework, a denuclearization deal that ultimately was unsuccessful. How are the prospects for peace and denuclearization this time around?
Roh:There’s a lot at stake here in part because Donald Trump has made this very personal to him. So, if there is a change since 1994, I would say it’s that Trump has staked his reputation on [achieving success]. In that respect, I’m hopeful.

However, North Korea will most likely not easily give up their nuclear weapons. Why would North Korea give up the very thing that brought them to the table in the first place, without some huge kind of grand bargain in return?

The challenge here is to find out what would motivate North Korea to denuclearize and create this peace process. And I don’t think anybody, yet, has quite articulated to any satisfaction how this ends.

Q: You’ve said there is a tension between denuclearization and the peace process. Can you explain?
Basically, the North Koreans want to separate the peace process from the denuclearization process. By separating the two and pursuing only a peace treaty with South Korea, it seeks to have better relations with the United States and get sanctions relief; improve relations with South Korea in an effort to receive economic aid or investment; and at the same time, never have to denuclearize.

The United States doesn’t want that. First and foremost, the U.S. goal is denuclearization. South Korea, on the other hand, is somewhere in between North Korea and the United States on these issues.

Q: What is a key legal issue that needs to be addressed to conclude a peace treaty?
Who would be the signatories? One of the issues is that the original signatories to the armistice agreement that halted the Korean War were not the nation states we know today. It was a military agreement signed by the top commanders of the United Nations Command, the North Korean People’s Army, and the Chinese People’s Volunteer Army. No South Korean military representative signed the agreement.

Today the parties to a political agreement, which would supersede the military agreement signed in 1953, would be China, North Korea, the United States, and South Korea.

Q: Aside from studying the Korean peace process, the Center for Korean Legal Studies also has a project on “comfort women.” The center has collected articles, legal documents, and other materials about the women and girls, many of them Korean, forced into sexual slavery by the Japanese army during World War II. How did this project come about?
In April 2016, we hosted a talk with two of the few remaining survivors. Their testimonies inspired us to document their stories and create this database. We are now attempting to bring to light what is needed to resolve issues between Japan and Korea. [Japan has contended the dispute was resolved by a 2015 deal in which its government provided a $9 million fund to support them.] South Koreans do not accept that view—they want a sincere apology and acknowledgment of the Japanese government’s involvement. Beyond our work thus far, the Center is also in the process of putting together a conference and a series of publications that comprehensively address the legal aspects of this issue.