NEW YORK, February 16, 2009 — On the same day the House and Senate leaders forged their deal on the stimulus plan, February 11th, Columbia Law School and the American Constitution Society for Law and Policy hosted a conference that explored regulatory solutions to economic crises, here and abroad. The conference, “Financial Regulation, Corporate Governance and Securities Litigation: What Does the Future Hold?” drew a crowd of invited lawyers and journalists that overflowed the seats and lined the walls of the Vanderbilt Room at the Roosevelt Hotel in New York City.

Professor John C. Coffee Jr., Adolf A. Berle Professor of Law and director of the Center on Corporate Governance at Columbia Law School, organized the conference and moderated the first panel, “Reinvigorating Oversight of the Financial System.” In his opening comments he said, “In the U.S. today, there is a highly fragmented and indeed Balkanized structure of financial regulation.” He opened the day’s first discussion succinctly asking the assembled experts, “What can be done?” WATCH THE VIDEO HERE. 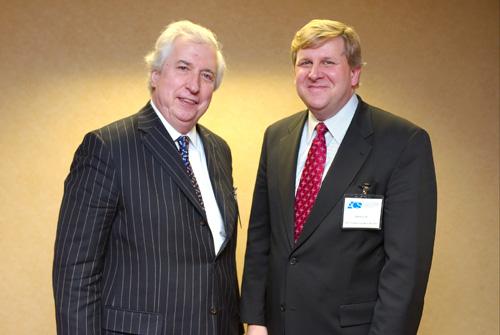 Panelists Donald Langevoort, Lee A. Myerson, Joel Seligman and Damon A. Silvers offered answers to the challenge posed by Coffee. Seligman, the president of the University of Rochester and one of the nation’s leading experts in security law said, “We have the most complicated Rube Goldberg-like system of regulations in the world,” and called for greater transparency and uniformity in regulation and oversight. “We have unlearned lessons of the past,” he said describing the post-Depression regulations that were put in place but were dismantled, enabling the current economic crisis. 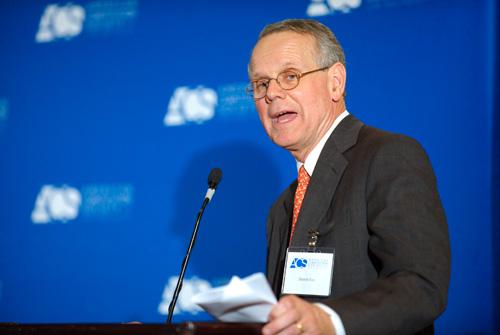 Pictured: Professor Merritt B. Fox
In the keynote address, New York City Comptroller William C. Thompson Jr., said, “Absolute greed got us in the situation we’re in now.” He said New York City and the world are in “a perfect storm of financial chaos.”


Coffee and Professor Hilary A. Sale of the University of Iowa College of Law are co-authors of “Redesigning the SEC: Does the Treasury Have a Better Idea?” an article forthcoming in the Virginia Law Review, calling for a Twin Peaks model with a consolidated regulator responsible for monitoring systemic risk and capital adequacy at all large financial institutions. The panelists referred to this article often throughout the conference.

The American Constitution Society for Law and Policy is one of the nation’s leading progressive legal organizations, comprised of lawyers, judges, students and policy makers committed to promoting the vitality of the Constitution and the fundamental values it expresses.

###
Columbia Law School, founded in 1858, stands at the forefront of legal education and of the law in a global society. Columbia Law School joins traditional strengths in international and comparative law, constitutional law, administrative law, business law and human rights law with pioneering work in the areas of intellectual property, digital technology, sexuality and gender, criminal, and environmental law.