“Leading with Conviction” attempts to uncover why some people emerge from prison as community leaders. 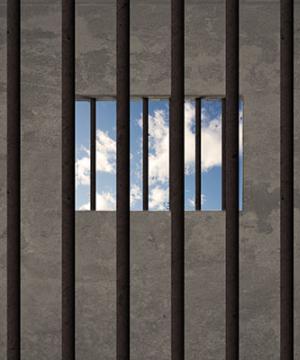 With 2.3 million people in local, state and federal prisons, the U.S. has more incarcerated people than any other nation on earth. And those who serve prison sentences in the U.S. are often left to grapple with lifelong discrimination--first in the justice system, and then once outside, when it comes to seeking housing and jobs.

Susan Sturm, George M. Jaffin Professor of Law and Social Responsibility, has a deep understanding of these problems. The director of the Center for Institutional and Social Change at Columbia Law, Sturm has spent much of her work looking to uncover solutions. Her latest effort: “Leading with Conviction,” a new report coauthored by Sturm and Haran Tae, a former fellow at CISC, with the help of some Columbia Law students.

Released Thursday, the report attempts to uncover why some people emerge from prison as community leaders. Sturm produced the report, along with Glenn Martin, the founder and president of JustLeadershipUSA, a justice reform organization that aims to reduce the prison population in half by 2030 by developing formerly incarcerated leadership. Martin himself previously spent six years in prison.

The goal of the research is not only to determine how people become community leaders, but to create more of them, and to make them partners in a national conversation about creating a more equitable criminal justice process. 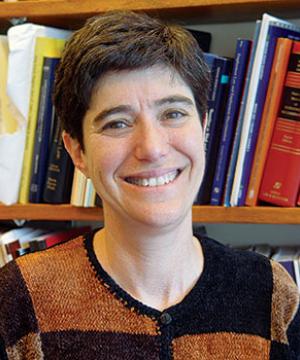 “These leaders are important to anyone who is going to work in the criminal justice system,” Sturm says, adding they are vital to breaking down stereotypes often held by public defenders, prosecutors, judges, as well as policy makers and legislators who work every day in the legal system. The research, based on conversations over the past 14 months with 48 formerly incarcerated leaders from around the country, dovetails with Sturm’s academic work and teaching. Sturm has focused on inequality and discrimination in employment and education, and on using the law as an instrument of social and institutional change.

It turns out people who emerge as community leaders share three things in common. First, they all have had direct experience with the criminal justice system. Second, they managed to access higher education either in prison or once they left. Third, they returned to their communities to get involved with projects ranging from criminal justice reform to affordable housing.

Such leaders are important, Sturm says, because they can bridge the divide between communities that mass incarceration most affects, which are predominantly communities of color, and those who make the policies that have produced mass incarceration. These leaders connect communities to resources and provide policymakers with on-the-ground knowledge. “They understand race and can talk about race in the most constructive and open-eyed way I’ve seen,” Sturm says.

Her report will be the centerpiece of a criminal justice reform symposium at Columbia University on Thursday, April 6. Other groups participating in the event include the Katal Center for Health, Equity, and Justice, College and Community Fellowship and the Center for Justice at Columbia University. The report puts a human face on the journey from criminal conviction to community leadership. Abrigal Forrester, for example, started out as a straight A student in middle school who experienced difficulties at home and in his racially segregated Dorchester neighborhood near Boston, Mass. After serving a 10-year sentence for dealing cocaine, he pursued a college degree in night school while working as a janitor at MIT. Using connections there, he landed a job at a community organization that helps people with criminal records get jobs. He is now the director of community action for an organization that builds affordable housing in the Boston area.

Similarly, Vivian Nixon grew up in public housing in a predominantly white suburb of Long Island, New York as one of the few African Americans in her neighborhood. She wound up in prison after a drug charge and was appalled by the near illiteracy of fellow convicts. So she began teaching other prisoners how to read and write. She received a college degree after serving her sentence and now serves as the executive director College and Community Fellowship, a nonprofit that has so far helped 300 previously incarcerated women get higher education degrees.

“It is very important to provide not just education that might get them a vocational job, but that will give them an opportunity to explore…systems and critical thinking and their capacity as leaders,” Sturm says.

Policy recommendations from the report include encouraging those in legal, educational, and other professional fields to provide leadership development, and what the report calls their “social capital” to prison communities. Other proposals include ensuring quality educational opportunities for people both in and after prison and encouraging the participation of formerly incarcerated leaders in high-level criminal justice reform policymaking.

Sturm and Martin’s research is particularly timely as the political climate of the U.S has shifted, with current elected officials veering away from policies of justice system reform put into place under the Obama administration. “These leaders have the capacity to mobilize to push for change at a time when people could easily lose hope in the possibility of sustaining the momentum for reducing incarceration," Sturm says.