New York, May 30, 2013—Columbia Law School Professor Sarah H. Cleveland presented a proposal for the "The Restatement (Fourth) of the Foreign Relations Law of the United States" to the annual meeting of the American Law Institute in Washington, D.C. on May 22.

Cleveland, the Louis Henkin Professor in Human and Constitutional Rights and a noted expert in international law and the constitutional law of U.S. foreign relations, has been appointed coordinating reporter for the Restatement project, a task she will share with Paul B. Stephan, a law professor at the University of Virginia. The pair will oversee the work of teams of scholars, judges, and practitioners in drafting the restatement. The topics they will tackle first are the status of treaties in U.S. law, jurisdiction and judgments, and state immunities.  Cleveland will also serve as one of the three reporters on the treaty prong of the project.
The American Law Institute (ALI) was founded in 1923 and serves as the leading independent organization in the United States producing scholarly work “to clarify, modernize, and otherwise improve the law.” It is made up of eminent judges, lawyers from government and the private sector, and law professors from across the United States and from many foreign countries.
“This is a historic project, with a significant capacity to clarify and shape the development of U.S. foreign relations law in the coming decades,” said Cleveland. We have assembled an extraordinary team of talented reporters and advisers, and it will be a privilege to work with them in grappling with the many intellectual challenges involved in restating this complex and constantly evolving body of law.” 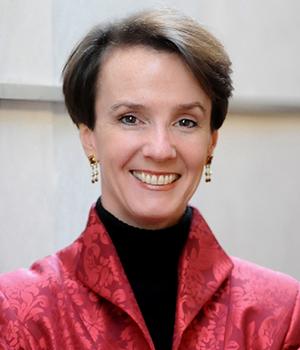 It is also a formidable undertaking. The last Foreign Relations Restatement took approximately 10 years to produce. “And there are now many more areas of law that we may ultimately need to take up,” said Cleveland. These include the law of the post-9/11 era, international environmental law, and international criminal law—“fields which either did not exist, or barely existed, at the time of the last restatement,” she said.
Drafts for restatements are typically presented to the ALI Council for approval before publication. ALI’s director, Columbia Law School Professor Lance Liebman, said he selected Cleveland and Stephan to assume the joint role of coordinating reporter because "they are both outstanding international law scholars with complementary areas of expertise, and have done major work to get this project off the ground.” Liebman, the William S. Beinecke Professor of Law, added that “Sarah Cleveland and Paul Stephan are respected by the top American professors, judges, and practicing lawyers who will be involved as the work progresses."
A number of other Columbia Law School-affiliated faculty will be involved in the restatement project. These include Daniel Bethlehem, a UK barrister and returning visiting professor, and Harold Hongju Koh, a visiting scholar since January 2013, who will be counselors to the project; Lori Damrosch, the Henry L. Moses Professor of Law and International Organization and the Hamilton Fish Professor of International Law and Diplomacy, and George A. Bermann, the Jean Monnet Professor of EU Law and Walter Gellhorn Professor of Law, who are members of the project’s advisory committee; and Visiting Professor Anthea Roberts, who is a reporter on the judgments topic.
Cleveland’s participation in this project is in keeping with the legacy of the late Louis Henkin, the prominent Columbia Law School professor who is considered the father of human rights law. Henkin was chief reporter of the most recent (Third) Restatement, published in 1987. This version has long been considered the most influential statement of both international law and the U.S. constitutional law of foreign relations, having been cited in at least 18 Supreme Court opinions and more than 251 federal Court of Appeals opinions.
Columbia Law School has played a leading role in ALI for decades, dating back to the late constitutional law expert Professor Herbert Wechsler '31, who served as ALI’s director for 21 years. He taught dozens of students who later went on to play key roles within the organization. In 1993, Wechsler became the third recipient of the American Law Institute's Henry J. Friendly Medal for "outstanding achievement in promoting reform and clarification of the law" and for his "outstanding intelligence, integrity, and devotion to the law [that]... enriched the subjects of Constitutional Law, Criminal Law, and Federal Jurisdiction, as well as legal thinking generally."