New York, Dec. 7, 2011—Speaking at a joint meeting of the House Ways and Means Committee and the Senate Finance Committee on Dec. 6, Columbia Law School professor Alex Raskolnikov called for broad, immediate reform of the U.S. government’s policies on the taxation of financial products.
“Derivatives have been used to game every aspect of our tax system,” Raskolnikov said at the hearing, which was televised. “There is a lot of money at stake, the incentives facing taxpayers and financial engineers are extremely powerful, and the results are in: The taxation of financial instruments is in dire need of reform.” 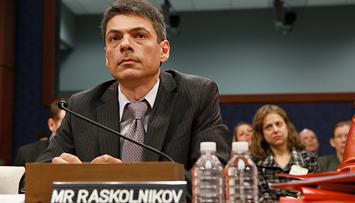