New York, May 31, 2016—Columbia Law School Professor Philip Hamburger has won this year’s Hayek Book Prize from the Manhattan Institute, awarded to authors and thinkers who represent the timeless universality of Friedrich August von Hayek’s scholarship and philosophy. He will receive a $50,000 prize for his celebrated volume, Is Administrative Law Unlawful?, and deliver the Institute’s annual Hayek Lecture on June 7 in New York City.

Hamburger, the Maurice and Hilda Friedman Professor of Law, is a leading scholar of constitutional law and history, focusing on administrative law, censorship, academic freedom, religious liberty, judicial review, contracts, and rights. Author of several books and numerous articles, he directs the Law School’s Center for Law and Liberty, established in 2014, to study threats to and legal protections for freedom.

“This is a great honor,” said Hamburger of the prestigious prize.  “It is very gratifying—not least as it would seem to suggest that someone read my book.  Hayek understood that the threats to liberty come as much from within as from without, and the threat from administrative power is very serious.” 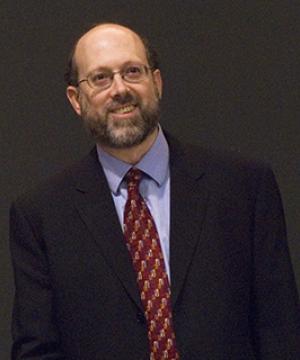 The widely-discussed book contends that administrative law is fundamentally incompatible with the Constitution’s attempt to establish rule through and under law, that it violates the Constitution’s grants of legislative and judicial powers and its guarantees of procedural rights, and that it thereby poses a growing threat to American liberty and prosperity.

“Whether the issue is energy regulation or the executive order, the source and legality of laws is the number one challenge to business today,” said Amity Shlaes, Hayek jury chair and a past recipient of the prize. “Hamburger's volume could not be timelier. As Hayek himself noted, the law itself can come to conflict with the rule of law.” In a comprehensive podcast Shlaes conducted with Hamburger in March 2016, he explains the issues covered in his newest book, providing examples of administrative law and its dangers.

Hayek, a recipient of the Nobel Prize and the U.S. Presidential Medal of Freedom, was a key figure in renewing classical liberalism and the author of seminal works including The Road to Serfdom and The Constitution of Liberty. The annual prize and lecture continue his commitment to the use of ideas to reverse the erosion of freedom.