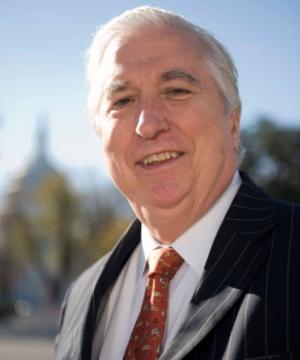 Coffee, the Adolf A. Berle Professor of Law, testified at the invitation of Democratic members of the committee, along with Senator Elizabeth Warren, representatives of the Center for American Progress, and the Consumer Federation of America, among other expert witnesses.

The CHOICE Act “unnecessarily and recklessly exposes the American economy and the American people to a serious risk of a major financial crisis that could be as severe, or greater than, the 2008 crisis.” He went on to detail at least seven distinct ways the legislation could lead to “unraveling an elaborate provision that was adopted by Dodd-Frank or used during the 2008 crisis,” said Coffee.

Coffee submitted brief written testimony, following his invitation to appear with just one day’s notice. His testimony before the committee addressed his major concerns with the proposed legislation, but did not “touch on a score of other objections that might be raised to the latest version of the Act.”

In discussing the impact of the legislation, he said this will “devastate SEC enforcement, reducing by a third or more the cases the SEC can bring in one period.” The hearing was a continuation of a session that began on Wednesday, when Hensarling officially reintroduced the legislation, reiterating his stance that the bill “is a better way” than the Dodd-Frank Act, which he said has been “a greater burden to enterprise than all other Obama-era regulations combined.” Friday’s session came about after all Democratic members of the committee sent a letter to Hensarling that day same day requesting an “additional” hearing on the legislation.

Homepage photo courtesy of Architect of the Capitol