Government’s ability to label firms as “systemically important” can avoid creating firms that are too big to fail, he says. 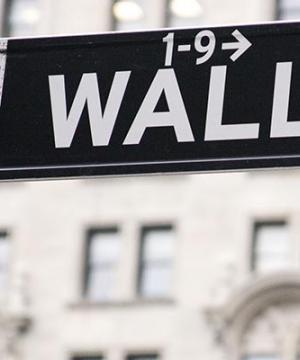 A push to undo the government’s authority to designate nonbank financial companies as “systemically important” would expose the U.S. to the risk of another financial crisis, says Columbia Law School Professor Jeffrey N. Gordon.

Though critics say the designation implies government protection that makes these firms “too big to fail,” Gordon, the Richard Paul Richman Professor of Law and co-director of the Richman Center for Business, Law, and Public Policy, argues to the contrary.

“It’s the absence of such authority that will promote ‘too big to fail,’” he says, adding that the designation also aims to reduce risk rather than enlarge the number of firms that are subject to regulation.

Designation or its threat “can help keep some firms below the systemic threshold, induce some firms to back off if they have crossed it, and lead other regulators to constrain some of the systemically risky behavior of firms that they oversee,” Gordon writes in comments filed with the Treasury Department, which is slated to hold a roundtable with stakeholders on July 14 to discuss the designation (the Treasury Department will also livestream the event).

Avoiding a repeat of the financial crisis

At issue is a provision in the Dodd-Frank Act that authorizes a council of 10 regulators known as the Financial Stability Oversight Council (FSOC) to designate nonbank financial firms as systemically important.

The Federal Reserve thereby gains power to devise “enhanced prudential standards” to limit the firm’s risk-taking and also to assure that each firm prepares a so-called living will that, in the event the firm were to fail, charts a path through bankruptcy that’s designed to minimize disruption to the financial system.

The provision aims to avoid a repeat of the 2008 financial crisis, which was triggered in part by a buildup of risk and then disruptive failures at Lehman Brothers and other institutions not regulated by the Fed.

The FSOC can designate an institution for such treatment even though it’s not a traditional commercial bank if the council determines that its investments, activities, or ties to the rest of the financial system could pose a threat to financial stability in the event of the institution’s failure.

To date, the FSOC has designated four firms—American International Group, GE Capital, Prudential Financial, and MetLife—as systemically important, though the committee has since rescinded the designation for GE Capital and its designation of MetLife has been challenged in court.

A bill passed in June by the House of Representatives would do away with the designation authority, which the sponsors term “regulatory overreach.”

Concern that the Fed will subject institutions that are labeled “systemically important” to the same controls on capital and liquidity that apply to banks may explain the controversy but misses the point, says Gordon, who also serves as co-director of the Millstein Center for Global Markets and Corporate Ownership.

Review for systemic importance invites firms to eliminate the threats that their failure might entail and avoid a designation, he says. A firm can restructure to reduce risk, subject itself to oversight from another regulator, or put in place a process for its unwinding in the event of an imminent failure.

Gordon says steps by GE Capital that included shifting away from short-term funding and shedding assets persuaded the Fed to rescind the firm’s designation as systemically important and shows how the process reduces risk.

Designation authority is “essential to this dynamic,” he writes. “The credible possibility of designation is what disciplines managerial decisions about the size, scope, leverage, and interconnectedness of a financial firm’s activities.”

In a letter last month to Congress that was signed by more than 120 law professors, economists, and scholars, Gordon and Harvard Law School Professor Mark J. Roe warned that a parallel push to replace a process for liquidating failed financial institutions with bankruptcy would exacerbate the risk that would result from doing away with the authority to designate firms as systematically important.

The ability of a financial firm to be recapitalized and emerge from bankruptcy depends upon a special capital structure that includes a substantial amount of debt that can readily be converted to equity. The Dodd-Frank Act requires all institutions designated as systemically important to maintain such structures.

Jeffrey Gordon Leads Effort Warning Congress About Dodd-Frank Repeal
How are we preparing for the next financial panic? (The Washington Post)