New York, Nov. 8, 2010—Jagdish Bhagwati, University Professor of economics and law at Columbia University, has been selected by the leaders of Britain and Germany to head up a panel that will look at ways to boost world trade. 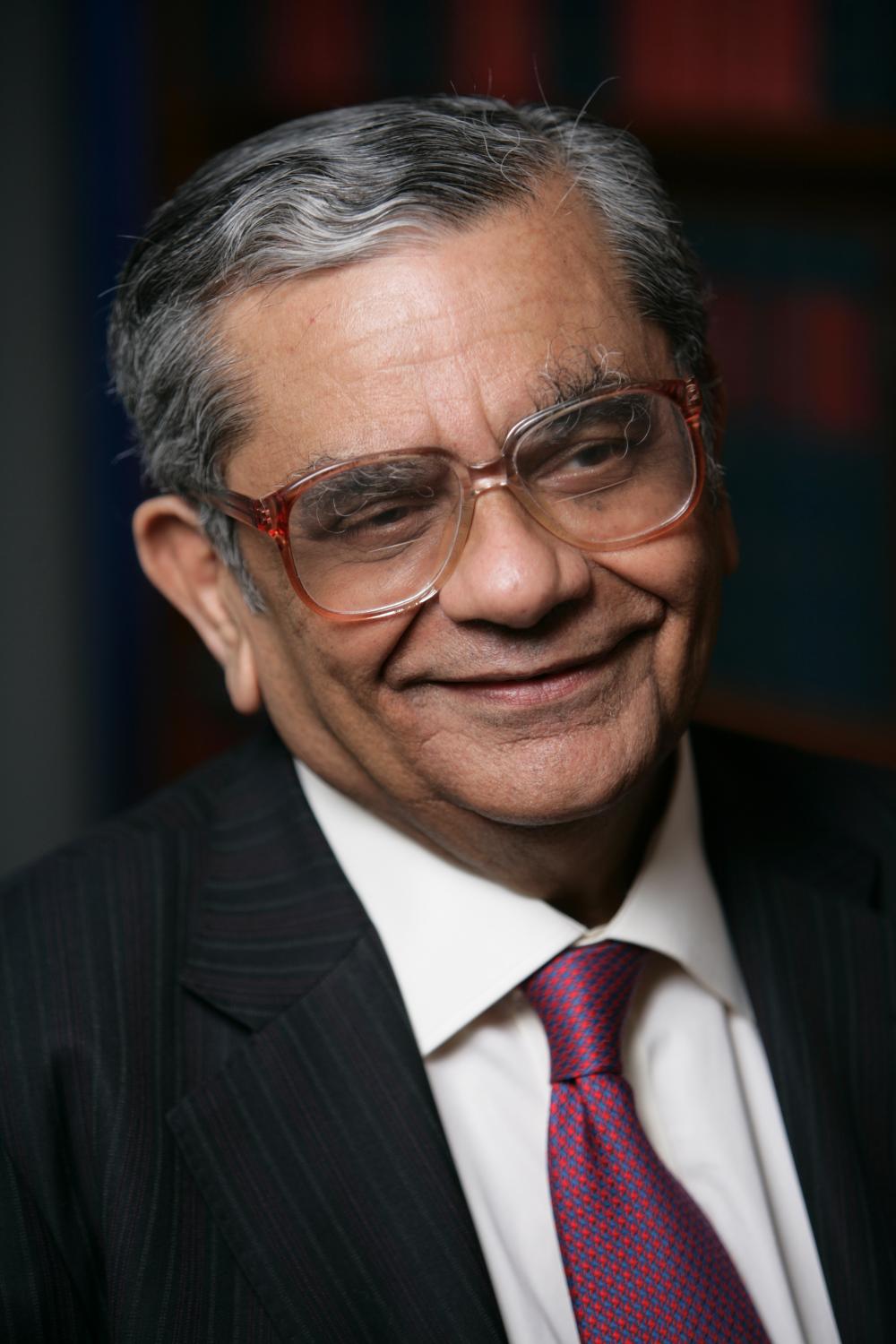 Bhagwati, also a Senior Fellow in International Economics at the Council on Foreign Relations, will lead this unprecedented effort with Peter Sutherland, former director general of the World Trade Organization and GATT.

This group of experts, also sponsored by Indonesia and Turkey, comes at a time when world leaders are looking for ways to liberalize trade and smooth the path for a global economic recovery.

“Trade is the engine of global growth. That is why we have put boosting trade and tackling trade barriers high on our governments' agendas and want to see a strong political commitment to liberalizing trade at the Seoul G20 summit" on Nov. 11-12, said British Prime Minister David Cameron and German Chancellor Angela Merkel in a statement.

Bhagwati’s panel is expected to report back early next year with recommendations on tariff revisions as well as how to change regulations and administrative rules that now serve as barriers to trade.

“The world trade system needs to strengthen the defense against protectionism and find creative ways to liberalize trade,” Bhagwati said. “The post-war prosperity in both developing and developed countries owed considerably to increasing openness in the world economy. We should not forget that lesson.”

Another aim of the panel is to find a way to revive the Doha Round of trade negotiations by the World Trade Organization. Those talks, aimed at loosening trade restrictions, were started in 2001, and stalled two years ago by an impasse over agricultural import rules.

Considered the father of the market reforms that transformed India’s economy, Bhagwati has been regarded as among the most-creative international trade theorist of his generation and a leader in the fight for free trade.

Bhagwati has been Economic Policy Adviser to the Director General, GATT (1991-93) and special adviser to the UN on globalization. He has been celebrated with six Festschrifts—scholarly writings— in his honor. In addition to having received countless awards and honorary degrees, Bhagwati has published more than 300 articles and has authored or edited over 50 volumes. His most recent book, Termites in the Trading System, addresses the deleterious effects of preferential trade agreements.