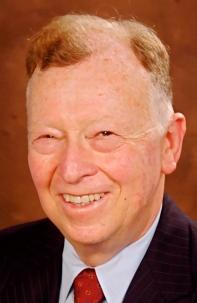 Former Federal Deposit Insurance Corporation chairwoman Sheila Bair will lead the council, which was founded by the independent, nonprofit Pew Charitable Trusts, and the CFA Institute, a global association of financial professionals.
Goldschmid, the Dwight Professor of Law, and Millstein, a senior partner at Weil, Gotshal & Manges, recently spoke out about the unfinished business of financial regulatory reform at a day-long conference held by Columbia’s Richard Paul Richman Center for Business, Law, and Public Policy. They are joined on the council by 16 other leaders in the fields of investments, capital markets, and securities regulation, including senior advisor Paul Volcker, former chair of the Federal Reserve, who recently gave the keynote address at a conference held at the Law School, and sponsored by Columbia and the American Bar Association, on competition in financial markets and consumer protection.
A press release issued on behalf of the new council stated that the group “expects to evaluate and provide commentary on the existing efforts of regulators to design and implement a credible and globally-coordinated systemic risk oversight function.” Professor Goldscmid said “this is a wise and distinguished group, being asked to do important work, and I am delighted to participate in the effort.”