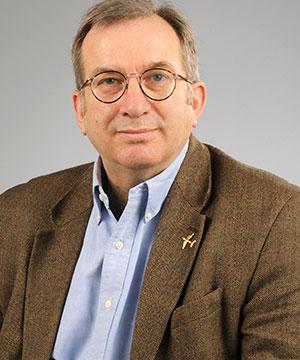 When Columbia Law School Professor Petros Mavroidis published the second volume of his book, The Regulation of International Trade, Donald Trump was just a presidential candidate. He hadn’t yet been elected, withdrawn the U.S. from the Trans-Pacific Partnership (TPP), called for an end to the North American Free Trade Agreement (NAFTA), or suggested the United States sidestep the World Trade Organization (WTO). Now that President Trump has done all those things, the future of U.S. involvement in trade agreements hangs in the balance, making Mavroidis' work, focused on the law of the WTO, all the more critical.

The Executive Council of the American Society of International Law (ASIL) seems to agree. The council has awarded Mavroidis the 2017 Certificate of Merit in a Specialized Area of International Law for both volumes of his book. The honor is awarded annually to a recent work that represents "a distinguished contribution to the field."

Mavroidis, the Edwin B. Parker Professor of Foreign and Comparative Law, will receive his award on April 13 at ASIL’s 111th annual meeting in Washington, D.C., where more than 1,000 scholars and practitioners of international law from around the world will gather. ASIL fosters the study of international law and promotes the establishment and maintenance of international relations on the basis of law and justice.

A world-renowned scholar, Mavroidis teaches courses on WTO law and international antitrust. From 1992 to 1995, he served as a member of the WTO’s legal affairs division.  The Regulation of International Trade focuses on the General Agreement on Tariffs and Trade (GATT), created in the aftermath of World War II. The first volume offers a detailed background of GATT, while the second analyzes the WTO, which was established under GATT in 1995 and regulates trade in goods.

Ahead of the meeting, Mavroidis answered a few questions on the current—and future—status of international trade.

Interview was lightly edited for brevity and clarity.

A lot has changed since the second volume of The Regulation of International Trade was published. Can you give a brief overview of what the Trump presidency means for international trade?

Although President Trump issued two executive orders on trade last week, it is too early to speak of the current administration’s agenda, as the people who will do the real work have yet to be appointed.

Remember Hillary Clinton did not run on a pro-trade agenda either. When things go wrong, it is almost a natural reflex to blame foreign traders, and not domestic lack of competitiveness.

All we know so far is that U.S. participation in TPP is not in the cards. But the U.S. has free trade agreements (FTA) with six TPP members, and, when Prime Minister Shinzo Abe of Japan visited the White House in February, apparently an informal promise was made to negotiate an FTA between Japan and the U.S.

The real test will be the renegotiation of NAFTA. We will be in a better position to judge when we have something tangible before us.

Trump has called the WTO a “disaster” and more recently said he might sidestep it to more aggressively pursue U.S. interests. Is there precedent for doing so? What are the implications?

The U.S., like any WTO member, has agreed to submit all trade disputes to the WTO dispute-settlement system. In fact, the WTO is the only comprehensive compulsory third-party adjudication system in international relations. If the U.S. thinks that the quality of reports is not what it should be, it can’t solve the problem by walking away from the WTO. Instead, it should appoint the right people to serve. The U.S. can contribute a lot to the institutional design and thus to the quality of reports.

How have Brexit and other tumult in Europe impacted trade? How will they?

Brexit is a sad story. The European Union is paying the price for the selfish, shortsighted, and totally irresponsible attitude of the former British prime minister. At the same time, Brexit is a great lesson for modern-day democracy.

There is a parallel with the previous question: There are undeniably problems with the functioning of the EU, but Brexit is no solution.

In my view, both the UK and the EU will suffer from Brexit. The EU is losing an important component. Trade will suffer as a result, and a liberal trade voice will be silenced for good. The UK, of course, now will have to address the world on its own and will see its bargaining power heavily reduced.

Are there any trade relationships with the U.S. that you see as particularly fragile now? What countries are you keeping your eye on?

First and foremost, I am watching the Trump administration’s attitude vis-a-vis China. I believe this will be the litmus test. Will the U.S. adopt a protectionist attitude, shunning Chinese exports, or will it try to persuade China to come to the table and adopt market-opening measures?

Trump’s nominee for U.S. trade representative, Robert Lighthizer, said in his confirmation hearing that Trump would “change the paradigm on China” and that the WTO and current trade system are not equipped to deal with that country. He also said he would pursue a stronger relationship with Taiwan. What does all this mean for the U.S. and free trade?

The U.S. should look into its own attitude toward China and see where it went wrong. The U.S.—and all its trading partners— spent 10 years negotiating a Protocol of Accession with China. Now, a few years later, the U.S. suggests that the WTO is not well suited for the country. Well, obviously, the U.S. and its partners must have done something wrong when negotiating with China.

A leader like the U.S. has, as Cordell Hull, one of the founders of the GATT (and the U.N.) used to say, “special responsibilities.” The U.S should lead a discussion regarding the future design of the WTO. Unless we find a new modus vivendi, the WTO risks slowly drifting into oblivion. It will be a sad day if that happens, as it might dis-incentivize future attempts to cooperate at this level.

This is the question that the Trump Administration should address on a priority basis, instead of threatening trade brinkmanship. That is what is expected from the leading power of the world.