A Primer on Campaign Finance Law

The fallout from Citizens United still reverberates today, nearly six years after the Supreme Court ruled that political spending by companies, unions, and certain types of non-profit corporations is a form of protected speech under the First Amendment. Yet despite years of heated debate, the public—and politicians—still has questions about the role of money in politics, from Super PACs to dark money. 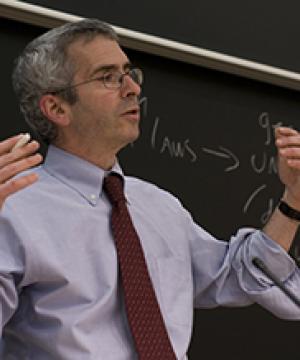 Columbia Law School Professor Richard Briffault, a leading expert in election law and campaign finance reform, sat down for a two-part interview with TalksOnLaw to explain the current state of campaign finance law following Citizens United, and the resulting changes to the federal campaign finance regime that had been in place since 1974. Briffault, the Law School’s Joseph P. Chamberlain Professor of Legislation, last month participated in a Federal Election Commission (FEC) forum on corporate political spending and foreign influence. He also testified before the FEC in 2015 on proposed rulemaking in response to the U.S. Supreme Court’s decision in McCutcheon v. FEC. Briffault is the author of numerous books and articles on campaign finance and election law and serves as an advisory board member of the Law School’s Center for the Advancement of Public Integrity.

Watch part one and part two of the interview.