Planning for the Worst: A Q&A with Professor Michael Gerrard 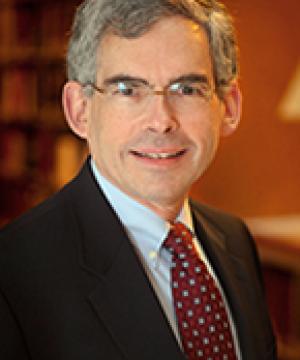 As bad as it was, the Louisiana flood provided “merely a foretaste” of the massive relocation climate change will make necessary as the century progresses, Columbia Law School Professor Michael Gerrard, director of the Sabin Center for Climate Change Law, recently told the Washington Post. Sea level rise is projected to flood nearly 2 million U.S. homes by 2100, according to real estate data firm Zillow.

This week, Gerrard spoke with the Law School’s Public Affairs office about why planning for extreme flooding is a slow process, what actions need to be taken now, and whether the Louisiana flood will have a lasting impact on our national conversation about climate change.

In a recent Washington Post article about the Louisiana flood, you said few places had undertaken the serious planning necessary for relocation caused by climate change. Why have coastal states and cities been slow to plan for more severe flooding events?

Gerrard: FEMA flood maps are exclusively backward looking. They’ll tell you what the worst flood was in the last 50 years. But they don’t embody projections about future flood conditions. Congress amended a federal law—the Biggert-Waters Flood Insurance Act of 2012—four years ago requiring FEMA to figure out how to incorporate sea level rise. FEMA created a technical advisory committee that has now made recommendations about how to reflect sea level rise in flood maps. So that’s one threshold issue. People don’t have an understanding of the risks and vulnerabilities. (Ed. Note: Gerrard credited Climate Central, an independent organization consisting of leading scientists and journalists, for documenting coastal vulnerability based on sea level rise, but noted few projections exist for inland flooding.)

Where should the planning contingencies you referenced start?

Gerrard: Once the degrees of vulnerability are assessed in different locations, I think development should be restricted in vulnerable areas. There should be restrictions on reconstruction if a building is damaged. That’s a standard technique in zoning called prior nonconforming use. The idea is that if you have a building that’s been there a while, and they change zoning so it’s no longer a permitted use, you can continue your prior use, but if it burns down, or is severely damaged, you are restricted from rebuilding. We certainly shouldn’t be making the problem any worse by continuing to build in areas we already know are vulnerable.

In 2015, the Sabin Center published a flood insurance report that recommended the need to remove politics from the process of drawing flood maps. What role does politics play in planning for extreme rain events?

Gerrard: There are two kinds of politics relevant here. One kind is very local where, if particular landowners are threatened with severe economic injury because their property is being designated as in a flood zone, their representatives in Congress will protect them. On a macro political scale, we now have an entire political party denying the reality of climate change, thus making it very hard for federal and some state officials to plan rationally. It’s hard to come up with a rational battle plan if some of your generals refuse to acknowledge the existence of the enemy. The political resistance to acknowledging climate change is a major impediment to rational action at the federal level, and even more so in some of the states.

Many south Louisiana residents quoted in media reports about the flood said they were not required to have flood insurance, and that they had never seen rainfall like this before. What impact will extreme rain events have on flood insurance for homeowners not living in coastal areas?

Gerrard: Most people not in a mapped flood zone don’t buy flood insurance. This incident highlighted the vulnerability for people living outside of flood zones. I don’t know to what extent banks and other mortgage lenders will be insisting on more extensive coverage in view of this event. Insurance companies are the world’s premier risk assessment organizations, and have played a positive role in terms of encouraging policyholders to take precautions. We’ll see if that happens here.

Obviously, there is going to be a tremendous push for a massive federal aid package. The question is how long the federal government can keep this up. It is providing billions of dollars in aid for an increasing number of events with heightened severity.

In the past week, The New York Times and the Washington Post have run stories about the Louisiana flood with headlines that reference climate change. Do you anticipate this event will impact how society, as a whole, addresses climate change?

Gerrard: It should but Katrina and Sandy should have done that too. We have very vocal denial campaigns that get in the way of rational action. And we have one of our presidential candidates going around saying it’s a hoax.