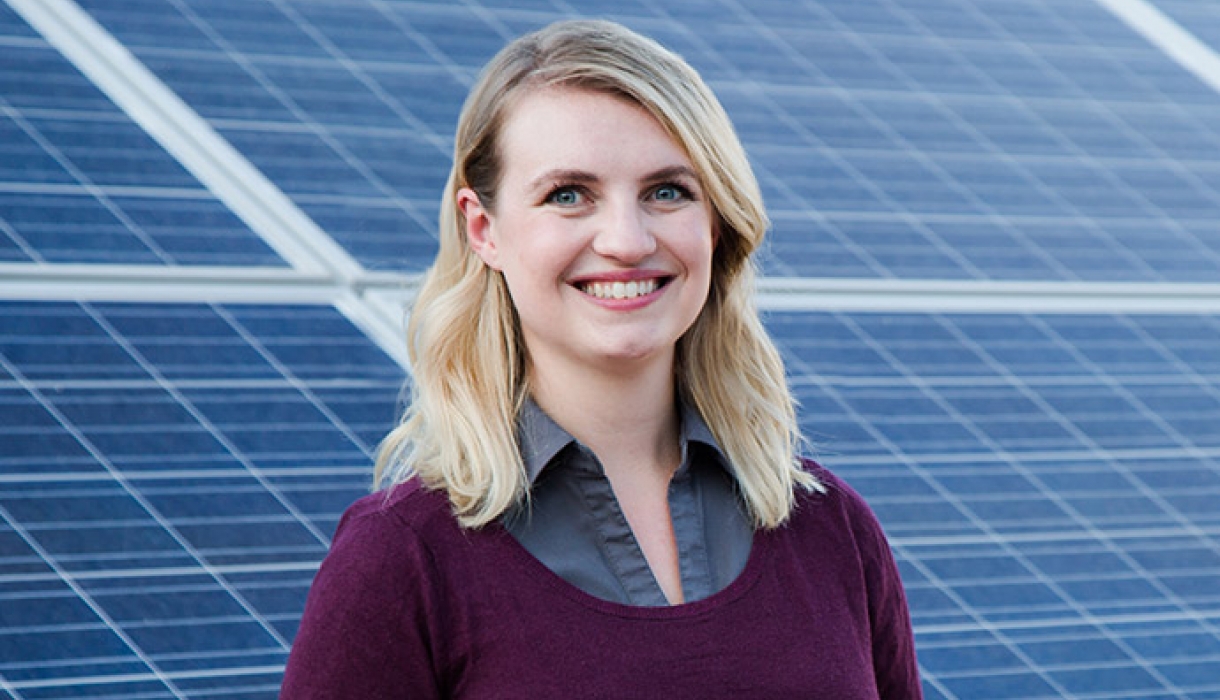 In the midst of 2018’s historic “Year of the Woman,” prosecutor Melanie Scheible ’16 was at the forefront of the slowly changing face of American politics.

In winning a midterm race for a state senate seat in a district representing southwest Las Vegas, the 29-year-old Democrat helped the state achieve a major milestone. Nevada became the first state in history with a majority-female legislature.

The significance has not been lost on Scheible, who came to Columbia Law School from her hometown of Reno with a clear goal in mind: to prepare for a career in public service and, specifically, elected office.

As a law student, she spent two summers working for public interest organizations, including the King’s County District Attorney’s Office and the human rights organization Chapter Four Uganda. After graduating, she returned to Nevada and began working in the Clark County D.A.’s office, where she was promoted to deputy district attorney in 2017. Due to the nature of the Nevada Legislature, which meets in odd-numbered years for a total of 120 consecutive days, she remains a deputy district attorney while out of session.

During a break at the Nevada State Capitol, she spoke about running for office, the historic nature of her legislature, and her memories of Columbia Law.

Why did you decide to run for office?

I think that it is really important that people from all different backgrounds run for office—and that they win. In my day job, I’m a prosecutor, and I enjoy litigation. But I also see places where the law falls short. I wanted to be part of a group of people that would be able to make our laws better and improve public policies that affect everyday Nevadans from across the state and in my district.

What’s it like being part of a majority-female state senate?

It’s truly incredible. I work with a really dynamic group of people that is starting to help change what we consider to be normal. For a long time, we’ve been watching women pick up seats in state legislatures and in other local governments, one by one. So to be somewhere where we actually have 50-percent-plus-one of the seats is refreshing.

It’s important that things that used to be unusual—things that surprised people—are now completely normal. People, I think, have stopped expecting to see the same face that they would have seen 50 years ago when they make an appointment with somebody and all they know is their title and their last name. So when people come to see Senator Scheible, I think some know they’re going to meet with a 20-something-year-old woman. Some don’t, but fewer people are surprised than I think would have been in the past.

“It’s important not to just focus on passing a class but to really take the time to examine why we think the way that we do, why someone else thinks differently, where we may need to reconsider our point of view.”

Which experiences at Columbia Law helped prepare you for your role as a state senator?

Probably the most important aspect of my Columbia experience was being part of Social Justice Initiatives and being part of the Student Public Interest Network. I worked with students who had all kinds of really impressive and interesting focuses in law school, whose interests may have been in equal housing or in affordable housing, for example, which isn’t an area that I practice in. But having those conversations early on helped me to start thinking about how the entire community is affected by discriminatory housing practices or discriminatory lending. And then I had classmates and friends at Columbia who were really focused on reproductive freedoms, women’s right to choose, and women’s health care.

Having those deep conversations while I was in law school helped me when I started to run for office. To have actually engaged in those issues and be able to engage with voters—to learn from them and continue to broaden my perspective—helped me to become a good candidate and a good legislator.

Is there anything specific that you learned at Columbia Law that you might apply in your new role?

There is certainly something to be said for a great foundational legal education. And I want to be clear that I don't think that our legislature should be made up entirely of lawyers. I think that would not be a successful form of government. It’s important that there are some lawyers in the legislature, and I know that I got great training at Columbia Law in federal constitutional law, criminal law, and civil procedure. I’m great at issue-spotting: Being able, without ever having litigated a civil case, to see that there might be an issue with the way that a statute is phrased or that there might be some kind of problem in the way that we have structured something, is just invaluable for my work in the legislature.

What advice would you give to a Columbia Law student today about running for public office?

I think that it’s really important to have a solid foundation—legally, socially, intellectually. I grew a lot during law school. The experience allowed me to engage a little bit more deeply with issues like discrimination and racism and racial justice and sexual identities. It’s important not to just focus on passing a class but to really take the time to examine why we think the way that we do, why someone else thinks differently, where we may need to reconsider our point of view, or where we may want to maintain our point of view, but we need to recognize why we have it. To do that background research on issues that you care about and to know where you’re coming from—that was the most valuable thing to me about going to Columbia Law School.

This interview has been lightly edited and condensed.