Nkonye Iwerebon '93 has been named Columbia Law's new Dean of Admissions. Nkonye served with great distinction as Director of Admissions under former Dean Jim Milligan, and then assumed Jim's responsibilities on an acting basis after his untimely death in January.

"Nkonye took over this job in difficult circumstances, and she has done a wonderful job," said Dean David Schizer. "I am confident that she will lead our admissions effort to new heights." 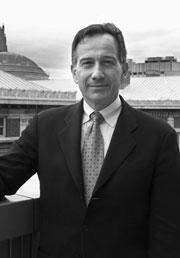 Mr. Santonocito began his career at Columbia College in the admissions office and went from there to development and major gifts. He has served at Fordham since 1989, where he had responsibility for development, alumni relations, public affairs, annual giving, research, special events and development systems.

Mr. Santonocito has a B.A. from Columbia College and an M.A. from Rutgers University, both in comparative literature. He is married to Patricia Perez Santonocito '79, senior counsel in Citigroup's Bank Regulatory Office and a member of the Board of Visitors. 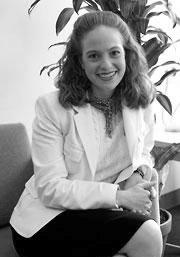 The new dean of students is Michelle Greenberg-Kobrin '99. Since graduation, she has been an associate at the New York office of Arnold & Porter, where she focused on corporate law. Her publications include "Civil Enforceability of Religious Prenuptial Agreements" in 32 Columbia Journal of Law and Social Problems (1999) and "Yes, But Will It Stand Up in Court? In 3:1 Jewish Orthodox Feminist Alliance 1 (2002).

While a student at the Law School, she was a Harlan Fiske Stone Scholar and a member of the Columbia Law Women's Association, and she won the award for best oral argument during the Stone Moot Court competition.