New York, March 11, 2013—As rising seas endanger the habitability and existence of several small island nations, they are also triggering a host of legal complications, according to a new book co-edited by Columbia Law School Professor Michael B. Gerrard,  the Andrew Sabin Professor of Professional Practice who enlisted many of the world’s leading thinkers to propose solutions to such problems.  Gerrard is director of the Law School’s Center for Climate Change Law.

The book, Threatened Island Nations: Legal Implications of Rising Seas and a Changing Climate (Cambridge University Press), addresses complex questions stemming from the rising sea levels, including whether the islands, mostly in the Pacific and Indian oceans, could continue as nations if they are submerged; where their citizens would relocate and how; and who would be responsible for that process.
“Threatened nations must prepare themselves legally for a future without habitable territory,” Gerrard and co-editor Gregory E. Wannier, formerly a deputy director and research fellow at the Center for Climate Change Law, write in the book’s introduction. “There are resulting diplomatic and political steps each nation could pursue to strengthen its legal standing into the future.”
The book is the first to focus on the legal issues faced by threatened islands and to propose potential solutions. Many of the solutions were first addressed at a May 2011 conference at Columbia Law School organized by the Center for Climate Change Law and the Republic of the Marshall Islands.
In the book, the editors highlight current legal authorities and explain how they can be used in addressing the problem of rising sea levels. The book aims to provide a comprehensive summary of the legal issues at play and of options for the future, which can then guide constructive legal and political activities.
According to Gerrard, “The island nations contributed almost nothing to the climate change problem, but they are among its greatest victims. The law is only beginning to address this profound injustice.” 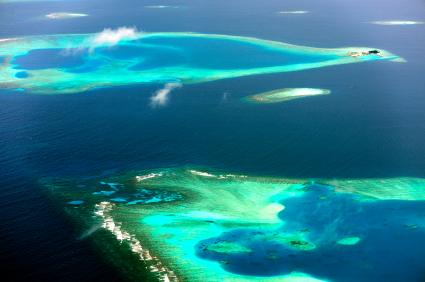 The legal implications of climate change’s effects on threatened island nations are difficult and wide-ranging:
·If a nation is under water, is it still a state? Does it still have a seat at the United Nations?
·What becomes of its exclusive economic zone, the basis for its fishing rights?
·What obligations do other nations have for the displaced populations, and what are these peoples’ rights and legal status once they arrive in a new country?
·Should there be a new international agreement on climate-displaced populations?
·Do these nations and their citizens have any legal recourse for compensation? Are there any courts that will hear their claims, and based on what theories?
Wannier said, "Many of the questions addressed in the book address unresolved areas of international law, which could remain unresolved for years or even decades. As a result, the process of assembling this book and working with the authors to present their ideas has been particularly interesting: these ideas and authors will likely influence the eventual resolution of these questions, with real-life consequences for entire nations of people."