Climate Engineering and the Law, co-edited by Columbia Law School Professor Michael B. Gerrard and Alumnus Tracy Hester, considers the legal consequences of large-scale manipulations made to combat climate change.

The world needs to prepare for the possibility of geoengineering, or the large-scale manipulation of the climate to prevent the worst impacts of global warming, according to a new book edited by Columbia Law School Professor Michael B. Gerrard and alumnus Tracy Hester ’86. 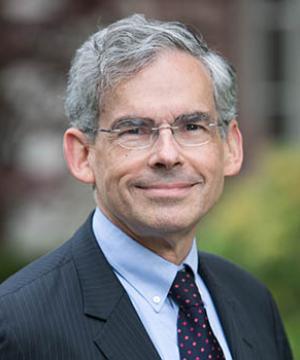 Support seems to be growing for massive efforts to remove carbon dioxide from the atmosphere. A different kind of geoengineering, reducing the amount of solar radiation that reaches the earth’s surface, is far more controversial. However, little attention has been paid to the legal aspects and implications of either kind of intervention.

Climate Engineering and the Law, published April 12 by Cambridge University Press, is the first book focused on the legal aspects of geoengineering. Among other topics, Gerrard and Hester, a lecturer at the University of Houston Law Center, cover the government approvals necessary for intentional modifications of the environment; how liability stemming from such modifications might be assessed and compensated; and how a governance system could be structured and agreed upon internationally.

“All of the projections for how the Paris temperature goals can be achieved assume CO2 removal from the atmosphere at a massive scale,” says Gerrard, director of Columbia Law School’s Sabin Center for Climate Change Law and chair of the faculty of Columbia University’s Earth Institute. “And it is increasingly likely that eventually some country or non-state actor will deploy artificial means in an effort to cool down the earth. But there has been very little analysis of the legal implications of doing any of this. It’s quite important that there be a governmental structure so that the legitimacy of such efforts can be determined, and it’s much better to do that in advance than in the midst of deployment.”

“Today, someone could launch a fleet of airplanes to spray aerosols or other substances into the upper atmosphere, and it arguably would not violate any laws,” Gerrard said. “If there are no applicable laws to resolve the dispute, we have the makings of a military conflict. That needs to change.”

Gerrard has written or edited 11 books about environmental law and climate change, including Global Climate Change and U.S. Law, the leading work in its field. He and Hester also published an article about geoengineering in the spring 2018 issue of Natural Resources & Environment, a publication of the ABA Section of Environment, Energy, and Resources.