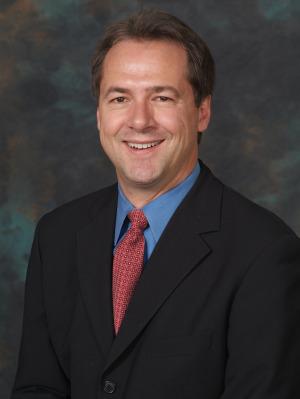 Bullock was also influenced by the leadership and programming of Ellen Chapnick, current dean for Social Justice Initiatives, who knew he would enter public service. "Steve's commitment to serving the people of Montana as an elected official guided his time at the Law School. I think he will be an outstanding governor," said Chapnick.
In 1996, Bullock left a New York City law firm to return to his native Montana to pursue a career in government service. He spent four years with the Montana Attorney General’s office, where he maintained an active trial schedule in both state and federal court.
Defeated in his first run for state Attorney General in 2000, Bullock moved to Washington, D. C., specializing in complex litigation at Steptoe & Johnson from 2001 to 2004. He then returned to his hometown of Helena, Montana where he opened a firm as a solo practitioner representing labor unions, consumer organizations, police officers, small business owners, and individual citizens.
Bullock was elected Attorney General of Montana in 2008.  His time in office was marked by many initiatives, and he personally argued ATP v. Bullock, convincing the Montana Supreme Court to uphold the state’s campaign financing law.  While the U.S. Supreme Court later overturned the decision in a 5-4 ruling this year citing Citizens United, the case received national attention and reemphasized the importance of campaign financing issues.
Bullock has long maintained a close relationship with one of his mentors, James Tierney, who is the former Attorney General of Maine and the director of the Law School’s National State Attorneys General Program.  “No one in the attorney general community is surprised at Steve's election,” Tierney noted Wednesday after the results became clear. "Steve is a real class act. He is the real thing.”
When Bullock returned to Morningside Heights in 2009 to be the class speaker for his 15th reunion, he also paid a visit to Tierney and the National State Attorneys General Program where he spoke to students, saying: “I’m so glad [the program] exists because hopefully it will give me more excuses to come back to Columbia.”
A video of Bullock's appearance at Columbia Law School can be viewed here.