Monae A. White ’22: Find a Fuller Version of Justice

Monae A. White shares how her identity, her philosophy, and her role models shaped her law school experience and helped her determine her path forward.

Why the Law: “I decided I wanted to go to law school fairly young, in part because of the example of my mother [who worked as a lawyer for the federal government]. She’s just a very brilliant woman. And the way that she taught me to think about issues helped me to traverse some pretty difficult terrain young in life. And I knew that I wanted to kind of build upon that experience and use those skills that I saw other lawyers in my life and in the media portraying to help benefit the public.”

Why Columbia: White served as the 1L representative for the Queer and Trans People of Color (QTPOC) Collective and became president in her 2L year. “Columbia was the only school that I was aware of at the time when I was applying that had a QTPOC group. So to think that there was this very formal academic space that also acknowledged this very critical part of my identity, it was striking to me, and it made me feel like there was somebody who had laid a foundation here for me to succeed and thrive.”

After Columbia: White will work in the Washington, D.C., office of Hogan Lovells and then clerk for Judge Richard Franklin Boulware II ’02 of the U.S. District Court for the District of Nevada.

“I’m someone who thinks that there’s an abundance of all the things you need to have a better world and [a] better life. It doesn’t have to be terrible. And so I think we should all create a sense of peace and a sense of community and harmony and power and [uplift] one another so that we can. . . envision this world so that we have a pathway forward to creating it.”

More Profiles of the Class of 2022

All News & Stories
A Lawyer’s Responsibility: Class of 2022 Graduates Reflect on Law School and What’s Next
Annah Akhoun-Murat ’22 LL.M.: Build a Sustainable Future
Emily L. Drake ’22: Be Prepared and Know When to Ask for Help
Jordan A.J. Jarrett ’22 LL.M.: Use the Law to Make Meaningful Impact
Min K. Kam ’22: Engage the Law in an Empowering Way
Leslie Andrew Ridings ’22: Provide Mentorship and Service
Next Up 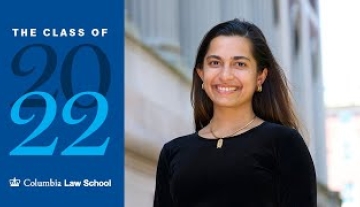 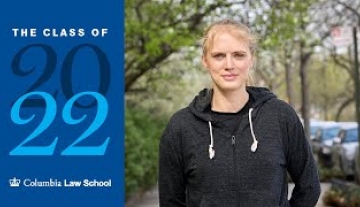 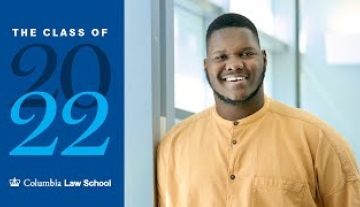 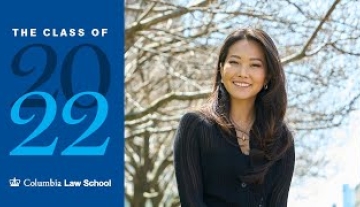 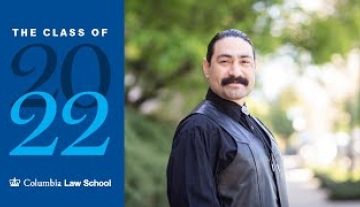 Leslie Andrew Ridings ’22: Provide Mentorship and Service
Next Up 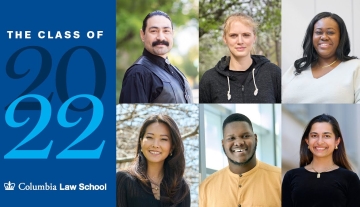