The new year marks a new chapter for both Columbia Law School and longtime Clinical Professor of Law Brett Dignam who is taking on a new role as the first-ever Vice Dean for Experiential Education. On January 1, Dignam assumed responsibility for the Law School’s full range of experiential learning opportunities including clinics, externships, practicums, moot courts, and simulation-based courses. 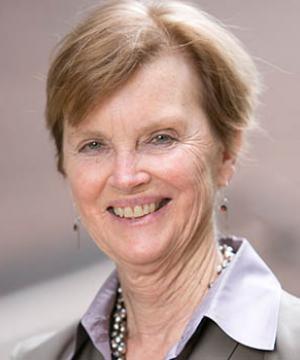 “By thinking in an integrated fashion about experiential pedagogy, we will be able to chart a more thoughtful course for the future and ensure the continued excellence of our curriculum in an increasingly dynamic practice environment,” Gillian Lester, Dean and the Lucy G. Moses Professor of Law, said in announcing the appointment to the faculty.

Dignam has led the Law School’s Challenging the Consequences of Mass Incarceration Clinic since 2010 when she arrived at Columbia from Yale (along with her husband, Michael J. Graetz, the Columbia Alumni Professor of Tax Law.) In an interview in her book-lined office, Dignam described her new position as an opportunity to look “holistically” at experiential learning and expand the offerings.

“Clinics are the crown jewels, but they’re a very intensive form of education and not for everyone,” she said.  “We need to increase our capacity, and the Dean has identified this as a priority for the capital campaign so we know we are going to have sufficient resources to think broadly and be proactive.” (The Campaign for Columbia Law aims to raise $20 million for clinics.)

Dignam explains that the Law School’s ten clinics—which are devoted to practice areas ranging from immigration and human rights to mediation and the environment—comprise an independent non-profit law firm called Morningside Heights Legal Services, Inc. The clinics operate from a cheerful suite of recently-renovated offices in Jerome Greene Hall, which provide private spaces for in-person client meetings and video conferencing.

“The clinics are aimed at providing pro bono representation, but we do it with a very low caseload so that we can spend a lot of time teaching the students to practice law,” she said. “We teach what we call client-centered lawyering and believe—and this is an oversimplification—that students learn as much about the social challenges underlying the legal issues from the clients as they do from the faculty.”

While clinics have historically attracted students primarily interested in public service and social justice careers, Dignam wants to broaden the clinical offerings so as to reach students who might not have considered taking a clinic. For instance, she said she could envision creating clinical partnerships with Columbia Business School and the Knight First Amendment Institute. “Other schools are excited about exploring clinical partnerships with the Law School,” she said.

Dignam has been thinking deeply about these issues for the past year as she served on the Law School’s Experiential Education Strategy Working Group. (Other members are Professors Alexandra Carter, Olatunde Johnson, Avery Katz, James Liebman, Katharina Pistor, and Barbara Schatz.)  “Our goal is to infuse as much experiential education into as many pieces of the curriculum as we can,” she said, adding that the American Bar Association now requires law school students to have at least six-credit hours of experiential coursework.  “This is what legal education looks like in the 21st century, and we should do all that we can to support and encourage that.”

When Carol B. Liebman retires as Director of Clinical Education at the end of the academic year, Dignam will assume her responsibilities, as well as oversight for externships, simulation, trial practice courses and moot court competitions. “I really like the courtroom so it will be fun to see what we’re doing,” she said. “Our students are good on their feet. And it’ll be fun to unpack that and also look at legal writing and research.”

Students and faculty will benefit from Dignam’s varied experiences as a prosecutor, defense attorney, clinician, and teacher. Before entering academia, she worked on criminal appeals and tax enforcement policy at the Department of Justice “Tax is an easy way to indict someone—think Al Capone!” she said. “I was basically representing the government when it was prosecuting white collar criminals, and I didn’t have a lot of sympathy for those people.”  While at Yale, she worked with students in clinics on prison legal services, immigration, poverty and HIV, and landlord-tenant issues.

At Columbia, Dignam’s current clinical focus has been on “conditions of confinement.” She and her students are representing a client who was formerly on death row in Connecticut, but who has been resentenced to life without parole.  He has been in solitary confinement for 22 years, and the state is insisting that he will remain in those conditions. The clinic is challenging his lifetime solitary confinement on a number of constitutional grounds. “We think we have a really good shot at it,” she said.

With her feisty optimism and passion for winning, Dignam shares Dean Lester’s ambitions for experiential education at Columbia. “We want it to be everywhere, and we want it to be as innovative as possible,” she said. “I think the sky’s pretty much the limit at this point.”