As the first chief diversity officer for the nearly 140-year-old Metropolitan Opera, Sells will use her experience at institutions from the NBA to Harvard to foster inclusion. 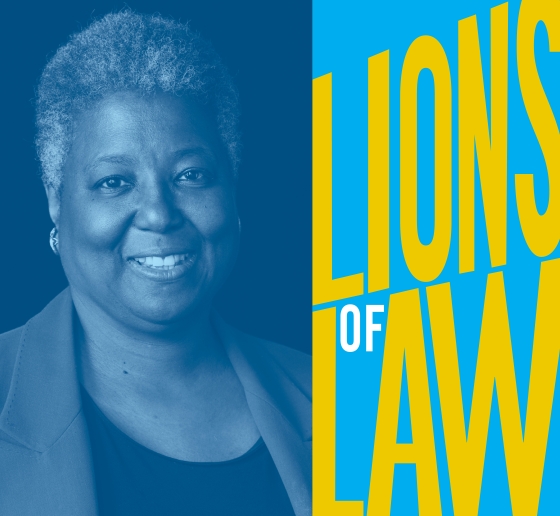 Marcia Sells ’84 made her debut at the Metropolitan Opera last year, but she has long been used to working on a big stage.

The opera company’s first-ever chief diversity officer is trained as a lawyer and a ballerina, but her career has taken her to storied organizations in sports, higher education, and the arts—all freighted with long histories of whiteness.

As a result, Sells’ work in academic administration, community outreach, organizational development, and human resources has always included fostering diversity, equity, and inclusion, even though her role at the Met is her first job title that explicitly says so.

As she describes it, the thread through her career has been “being able to work and engage with people.” Whether at the Met or Harvard Law School, where she was dean of students from 2015 until last year, she applies the same lesson she learned watching her father run a settlement house in Cincinnati: “All of it is about, ‘How do you support people?’”

When Sells arrived at the Met in February 2021, she found the opera company “primed and ready” to move forward with diversifying its people and programming, she says. In 2019, the Met had revived Porgy and Bess, the 1935 Gershwin opera with a Black cast, and brought in an outside consultant to help it connect with audiences of color, who have been generally scarce at the storied opera house. Recent labor negotiations with singers, musicians, and backstage employees all included specific DEI contract provisions. The diversity effort got a very visible push forward when the 2021–22 season opened with Fire Shut Up in My Bones, the first opera by a Black composer, Terence Blanchard, performed on the Met stage.

As a result of the steps the company had already taken, Sells was able to “hit the ground running,” she says. Her job is to improve diversity not only in hiring onstage, backstage, and in the administrative offices but also in the red velvet seats; the Met needs younger audiences as well as patrons of color.

Policies, infrastructure, and a committed team are required to effect change at an institution like the Met that is huge, old, and “a machine” that plans years in advance and puts on 200 performances a year, she says. “It can’t happen with just me.” She has instituted a paid internship program and hired the top human resources personnel, including a manager for DEI, “people who really reflected values that are important to get this work done.”

Training in Law and the Arts

Being a lawyer was an ambition from childhood, she says, even while ballet training took priority during her childhood in Cincinnati. At 16, she moved to New York to perform with Dance Theatre of Harlem and went to the Professional Children’s School just a block away from the office she now occupies at the Met. (Her “home-base support system” was friends from Cincinnati who moved east when a Broadway show cast two of their kids, then-unknowns Timothy Britten and his sister Sarah Jessica Parker.)

When Dance Theatre of Harlem temporarily shut down, Sells enrolled at Barnard College (she is now a trustee and parent of a senior) and then Columbia Law School. She was in the first cohort of students in the child advocacy clinic founded by Jane Spinak, Edward Ross Aranow Clinical Professor Emerita of Law.

With an eye toward becoming a civil rights lawyer, Sells spent a summer at the NAACP Legal Defense and Educational Fund. But the way forward in that path was to clerk for a judge, and that wasn’t for her. “I’m not the ‘sit in the office, write the memo’ person. I’m, ‘What’s your problem? Let’s figure out how we can help you.’ I want to do that.”

She went to work prosecuting child rape cases for then-Brooklyn District Attorney Elizabeth Holtzman and then as a litigator for Chadbourne & Parke (now Norton Rose Fulbright).

Seven years after graduating, Sells returned to Columbia Law as dean of students. In 1996, she met NBA commissioner David Stern ’66 when she told him to keep his graduation keynote address concise; he hired her that fall as vice president of HR and organizational development. That included overseeing the then-new WNBA and getting women- and minority-owned businesses involved in All-Star Game marketing.

Wide-ranging though it has been—after leaving the NBA in 2000, Sells worked for Reuters and in community outreach and government relations at Columbia University before taking the role of dean of students at Harvard Law in 2015 —Sells says her career is founded on what she learned at law school. She relies on “the things that you learn in first year: issue spotting and analysis and ways of researching and understanding.”

“I didn’t know about human resources when David Stern said, oh, we want to hire you as a head of HR,” she says. Instead, “I understood how to put together a plan: Here are the things that I know are the issues, where am I going to get the information? What are going to be the big risks? What are the things—as [clinical professor] Harriet Raab used to say—you don’t want on the front page of The New York Times?

“Once you learn those skills that, I have to say, only law training really [gives you], that’s a great starting point.”

Sells calls herself “first-generation affirmative action,” accustomed to operating in traditionally white institutions with all the attendant slights—the judge, for instance, who, when Sells entered the courtroom, was stunned to learn she was the prosecutor, not a witness.

As an administrator at Columbia and Harvard, Sells told students of color “not to let someone take away their control.” She learned that lesson from her mother, a classical music lover who raised her daughter to be the same.

“‘You paid for the ticket, it’s yours. Don’t let anybody try to take that from you simply because they’re uncomfortable about having you there,’ That’s the way [my mother] would say that. So I just say, ‘Buy a ticket.’”

It’s a maxim that is appropriate to all the institutions where Sells has worked to foster inclusion, especially her current role at the Met.

“Let’s talk about what you can control,” she’s told students. “You can control your ability, your skill. You can control and keep working on . . . your sense of ownership about this place. Yes, it was built originally by mostly white men, but you are here now. You are paying the tuition. You are contributing to the space. You earned your spot. Take it.”