Love and Marriage at Columbia Law

For Valentine's Day, three alumni couples share how they met as law students and got married after graduation.

Columbia Law School students are invariably ambitious and hardworking, but they also are part of a warm, inclusive community. Frequently, friendships are forged through study groups, working on journals, or joining student organizations. And sometimes, friendship turns to courtship. For Valentine's Day, three couples share their very different stories of love, law, and marriage. 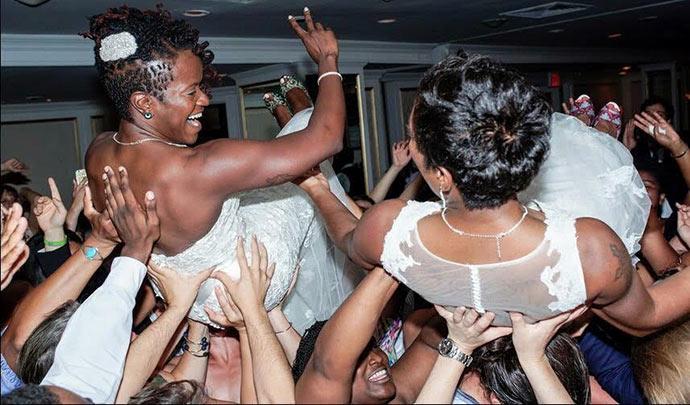 Chinyere Ezie ’10 and Nicole Humphrey ’12 first noticed each other at a meeting of the Columbia OutLaws, the Law School’s LGBTQ+ student organization. In 2009, they started hanging out together at meetings of the Columbia Journal of Gender and Law, where Ezie was editor in chief and Nicole was a staffer. “I remember sitting there and thinking she was the smartest person I ever met,” says Humphrey.

After Ezie graduated, she moved to Detroit for a one-year clerkship with a judge on the U.S. Court of Appeals for the Sixth Circuit, and their friendship turned to a long-distance courtship. Humphrey headed to New Zealand for a 2L semester at the University of Auckland, and they were eventually Skyping each other—three times a day. “I would be going to class, and Chinyere would be getting out of work,” recalls Humphrey. “And then I would come home from school, and she would be getting ready to go to bed.” 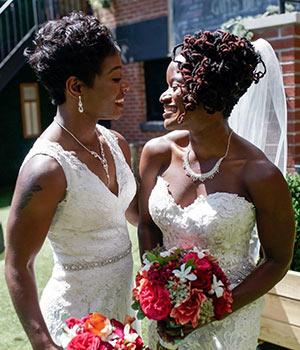 When Humphrey returned to the U.S. in the summer of 2011, she went to Detroit to visit Ezie. A few weeks later, Ezie visited Humphrey in New York City, and “we officially became girlfriends,” says Humphrey. Three years later, they got engaged in front of 60 people at a Disney-themed karaoke party they hosted. “I sang the song ‘Kiss the Girl’ from The Little Mermaid,” says Ezie. “I got down on my knee and proposed.”

They married in the summer of 2015 before more than 200 friends and relatives in New York City, but they continued having a long distance relationship: Ezie was working at the Southern Poverty Law Center in Montgomery, Alabama, and Humphrey was practicing tax law at Morrison & Foerster in Manhattan. “It’s funny that we’re now living together for the first time in our third year of marriage,” says Humphrey, who is now at Simpson Thacher & Bartlett.

Ezie, who is now back in New York as a trial attorney for the U.S. Equal Employment Opportunity Commission, was honored as a distinguished alumna at the Columbia Law Women's Association's 36th Annual Myra Bradwell Dinner. The couple both are proud of each other’s successes. “I think it’s important that we are Columbia-educated attorneys. We are both ambitious,” says Ezie. “Neither of us has to make our dreams more modest to suit another.” 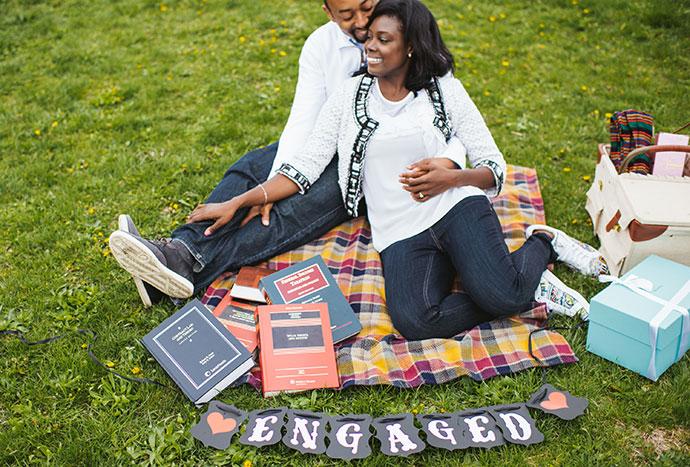 After Chintoya graduated, Oduro moved to Paris for her 3L year, but they did not stay in touch. In 2012, they found themselves working across the street from one another as associates at Manhattan law firms (Oduro at Reed Smith, Chintoya at Kirkland & Ellis) and began having lunch together occasionally. It would take another year before the relationship turned romantic. 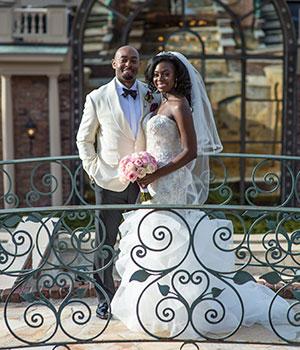 Oduro, now a vice president in the conflicts management group at Barclays, recalls she and Chintoya, now an associate at Paul, Weiss, Rifkind, Wharton & Garrison, were both at a friend’s wedding in Jamaica in 2013 where there was a spark of more than friendship between them.  “We were the only single people there!” recalls Oduro with a laugh.

To commemorate their engagement last year, they arranged a professional photo shoot in Liberty State Park in New Jersey. “We lugged our law books with us. We wanted them in the pictures because Columbia Law School is where we met,” says Oduro.

They married this past November before 170 guests at The Manor in West Orange, New Jersey. “It was small for an African wedding,” says Oduro, adding that her family is from Ghana (she was born in New York) and that Chintoya was born in Benin in West Africa. Chintoya notes that five of his seven groomsmen were Columbia Law School graduates.  “We made this lifetime commitment to one another in front of all those people,” he says. “Marriage is just the beginning of the story.” 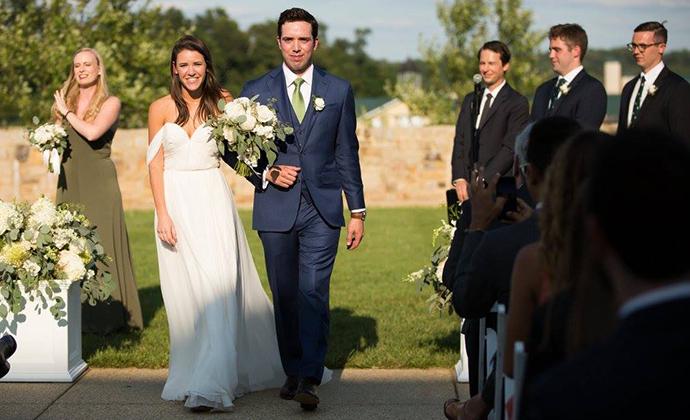 Abigail Coster ’14 and Alejo Cabranes ’14 met on their first day of law school in 2011. “We were in the same Civil Procedure class with Professor Bert Huang,” says Cabranes. They both joined the Columbia Journal of Tax Law where their friendship blossomed. They shared the same tight-knit circle of friends from their legal writing class, but they did not begin dating until the summer of 2013 when they took a group trip to Alaska with their law school friends. “Not too many students are thinking about starting a new relationship during the first year of law school,” says Cabranes. “It’s a whole different nut to crack.” 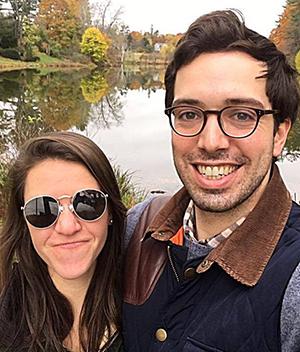 They were married last summer in the chambers of Judge Jesse M. Furman of the U.S. District Court for the Southern District of New York, and then they had a traditional wedding in Middleburg, Virginia, where their Columbia Law School friend Alexander J. Konik led them in their vows.

Now they both put in long hours as litigation associates at New York law firms: She’s at Schulte Roth & Zabel, and he is at Hughes Hubbard & Reed. “The only downside of being married to another lawyer is that we sometimes talk about work too much,” says Cabranes. Still, the two enjoy attending professional events together and find there are many advantages to sharing a profession.  “We understand each other’s schedules," says Coster, "and when we talk about the ups and downs of our days the other person gets it."

A Match Made at Columbia Law