The Kellis E. Parker Teaching Fellowship was created in 2001 by a vast circle of friends, family and colleagues in the field of law, arts, and academia. 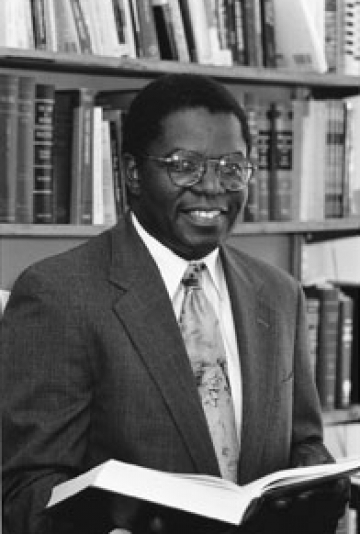 Columbia Law School’s first African American professor, Kellis E. Parker, Sr. was known for his advocacy against racial discrimination in academia, his embrace of jazz as a framework for understanding law, and his generous spirit with colleagues and students.

At times playing a trombone in class to illustrate points, Parker brought public awareness to the improvised laws created in historically African American communities, most notably in his famous—and always fully subscribed—course in music contract law, “Jazz Roots Revisited: The Law the Slaves Made.” 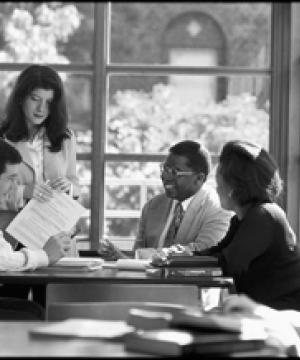 Parker grew up in Kinston, N.C., where his parents owned and operated the first black dry cleaning establishment in town and where every member of the family played an instrument. His civil rights activism began at an early age when, as head of his segregated high-school band, he asked the local chamber of commerce to change rules that placed black musicians at the rear of a parade. He said he was shocked when officials agreed. In 1960, Parker became one of five black students who integrated the University of North Carolina at Chapel Hill, where he worked with civil rights activist Allard Lowenstein to challenge segregation. After receiving his degree, Parker went on to Howard University Law School, where he graduated at the top of his class and was editor in chief of the Howard Law Journal.

The Kellis E. Parker Teaching Fellowship was created in 2001 by a vast circle of friends, family and colleagues in the field of law, arts, and academia. 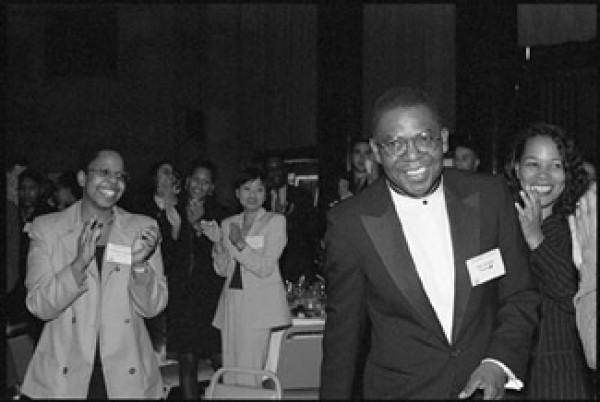 The fellowship builds on Parker’s example by encouraging young legal professionals, particularly those of color, to consider academic careers. Parker mentored and befriended countless students of all races during his more than three decades of teaching and was active in the Council on Legal Education Program, which is designed to help low-income and minority students prepare for law school. He offered insight and support in many areas, including academia, a field with a history of minority exclusion. Engaging with an African American law professor teaching at Columbia Law School was a powerful model that helped pave the way for minorities in the academic world.

In tribute to Parker, the Law School has created a series of fellowship appointments to provide a teaching and research stipend for post-J.D. candidates considering a career in legal education. During residency, fellows serve as researchers and instructors at one of the country’s most culturally diverse, top-tier law schools.