The Justin Feldman ’42 Public Service Fellowship was created in 2011 by friends, alumni, and Feldman’s widow, Linda Fairstein, to honor his memory. 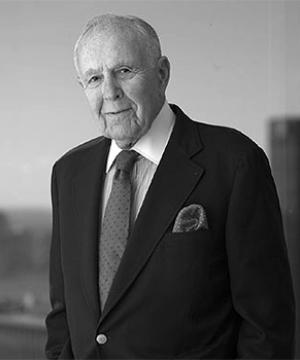 Justin Feldman ’42 was a prominent litigator and dedicated public servant who played major roles in New York City and national politics for six decades, while also maintaining a private law practice. Feldman served as an adviser to both John F. Kennedy and Robert F. Kennedy Jr., and had a leadership role in many of New York City’s significant public cases of the 1960s and ’70s, including one which he argued before the Supreme Court of the United States. Known for his intelligence, judgment and commitment to justice, Feldman is remembered as much for his storied career as for his devotion to his wife, the novelist and former prosecutor Linda Fairstein.

Born in Manhattan in 1919, Feldman graduated from Columbia College in 1940 before attending the Law School. A former trial judge advocate for courts-martial in the U.S. Army Air Force, Feldman served as director of veterans affairs for the American Veterans Committee.  He was a Congressional Aide to Franklin D. Roosevelt, Jr, with whom he later practiced law.   He was a founding member of the firm Landis, Feldman, Reilly, and Akins. In 1982, he joined Kronish, Lieb, Weiner, and Hellman, now Cooley LLP, where he was head of the litigation department for more than a decade and remained of counsel until the age of 90. 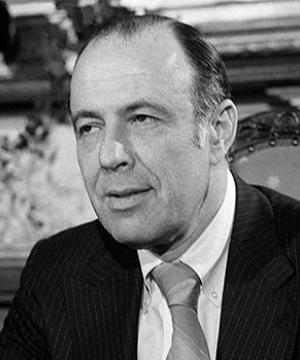 Feldman’s intuitive understanding of politics resulted in an advisory position with John F. Kennedy during his presidential campaign and throughout the transition period. Feldman served on Kennedy’s staff at the 1960 Democratic National Convention, helped draft proposals for reorganizing the federal regulatory agencies, and was a consultant to Secretary of Commerce Luther W. Hodges. Feldman was later instrumental in convincing Robert F. Kennedy to run for the U.S. Senate from the State of New York, and helped manage that successful campaign.

Perhaps one of Feldman’s greatest accomplishments was his work in reform politics as a leader of the Fair Deal Democratic Club, a group dedicated to breaking the political influence of Tammany Hall, the Democratic Party political machine known for its corruption of New York City politics since the 19th century. Feldman’s influential article, “How Tammany Holds Power,” published by the National Municipal Review in 1949, was essential in establishing the direct election of Manhattan district leaders.

Transcripts of a Feldman interview with the Securities and Exchange Commission’s Historical Society in 2004 forewarning of the 2008 financial meltdown, his 1969 oral history interview with the Kennedy Library, and his 1968 discussion about New York City politics with the Columbia University Oral History Project are available in the Columbia Law School library.

Among his long and distinguished achievements in public service, Feldman served as chair of the Mayor’s Committee on the Judiciary, the New York City Charter Revision Commission, director of the Metropolitan Transit Authority, and board member of the Franklin and Eleanor Roosevelt Institute.

The Justin Feldman ’42 Public Service Fellowship was created in 2011 by friends, alumni, and Feldman’s widow, Linda Fairstein, to honor his memory. The fellowship provides summer stipends for students to complete full-time work at a public interest organization.