The cable TV and media mogul was one of Columbia Law’s most generous and devoted alumni. 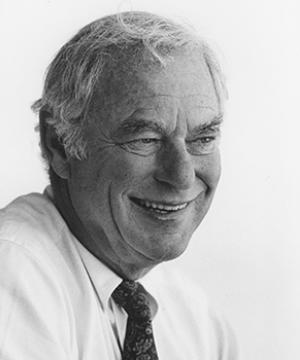 Lenfest rose from modest beginnings to become the owner of his eponymous multibillion-dollar cable company. Following its sale to Comcast, he and his wife, Marguerite, proceeded to join the ranks of the country’s most generous philanthropists by donating more than $1 billion to a broad range of organizations supporting the arts and education, as well as a range of humanitarian and environmental causes and institutions.

One of his most notable and visible gifts to the Law School was to build Lenfest Hall—the 17-story apartment building overlooking Morningside Park that houses more than 200 Columbia Law School students. A much-needed residence hall at the time it was built in 2003, it enables graduate students from all over the world to study and live in New York City with their young families.

More recently, in 2011, Lenfest pledged $30 million to support the construction of a dynamic hub for cultural and civic exchange on Columbia University’s new Manhattanville campus. Designed by architect Renzo Piano, the 60,000-square-foot state-of-the-art facility opened in 2017 as the Lenfest Center for the Arts. It now serves as a major venue for engagement in the rich cultural life of Columbia, Harlem, and New York City at large.

Lenfest’s philanthropy extended well beyond the Columbia campus. He helped create the Museum of the American Revolution, donating more than $60 million and negotiating a property trade to ensure the institution had a home in historic Philadelphia. In 2016, he gave $20 million to create the Lenfest Institute for Journalism, a visionary nonprofit dedicated to developing and supporting sustainable business models for local media. That gift included transferring ownership of storied journalistic institutions—the Philadelphia Inquirer, Philadelphia Daily News, and Philly.com—to the Institute. And the Lenfest Scholars program, which Lenfest and his wife created in 2001, offers university scholarships to rural high school students in central and southeastern Pennsylvania.

A member of  Columbia Law School’s Board of Visitors and Dean’s Council for many years, Lenfest was honored with the Medal for Excellence, the Law School’s most prestigious award for alumni, in 2008.