The Edward F. Stancik Memorial Scholarship was created in 2003. It is awarded each year to outstanding Columbia Law School students who have expressed an interest in public service or public interest law. 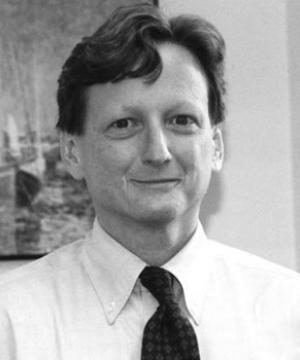 Edward F. Stancik ’79 was a tireless champion against corruption and misconduct in New York City public schools. During his 12-year tenure as special commissioner of investigation for the City’s schools, 132 guilty pleas were registered from people arrested by his office for crimes ranging from inflating test scores to sexual molestation. A lector at St. Patrick’s Cathedral and active in Big Brothers Big Sisters of New York City, Stancik saw himself as the people's legal guardian. “We shine a light in dark places,” he told the Daily News in 2000. “We make people walk in the light.”

Born 1954 in Chicago, Stancik grew up an only child in a single-parent household after his mother died when he was 14. At the University of Illinois, he majored in economics before coming to Columbia Law School, where he was a Harlan Fiske Stone Scholar and managing editor of the Columbia Law Review. Upon graduation, Stancik worked for 11 years for Manhattan District Attorney Robert M. Morgenthau. By the time he left, Stancik had risen to the post of deputy chief of the rackets bureau and earned a reputation as a discerning administrator and a skillful trial lawyer.

Stancik's name began regularly appearing in city newspapers after he was appointed in 1990 as special commissioner of investigation. His office had been established after a scathing—and highly publicized—report was released by the Gill Commission showing rampant corruption in the New York City schools. In a move met with great controversy, Stancik was given the power to subpoena, take testimony under oath, and to arrest anyone suspected of wrongdoing within the school system.

One of Stancik's most important accomplishments was convincing the New York State legislature to strip local school boards of much of their hiring and firing powers, removing what he saw as a glaring source of cronyism and nepotism. A prime example of abuse appeared in his 1992 report detailing fraud and abuse among custodians, who had unlimited autonomy over their schools. At the time of the report, there was a backlog of 44,000 work orders, many of which were bogus. In response, New York Governor Mario Cuomo signed a bill that allowed the Board of Education to set cleanliness and maintenance standards and permitted principals to evaluate custodians’ performance.

The Edward F. Stancik Memorial Scholarship was created in 2003 by friends, family, and members of the Class of 1979 to honor his memory. It is awarded each year to outstanding Columbia Law School students who have expressed an interest in public service or public interest law.