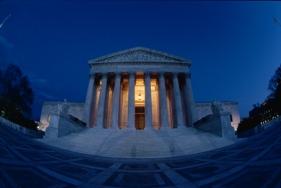 For some aspiring lawyers, gaining acceptance to a prestigious law school may be the most statistically difficult hurdle they face in their legal careers. Those who hope to score a federal clerkship face even longer odds.

“Each year, I get between 700 and 800 applicants for three spots,” Federal Judge Denny Chin of the Southern District of New York (SDNY) told an audience at a recent panel titled Judicial Clerkships: A View from the Bench.  Chin, joined by Hon. Stephen Robinson, also of the SDNY, and Hon. Ann Claire Williams of the U.S. Court of Appeals for the 7th Circuit, offered a unique perspective on clerkships and advice on how to improve applicants’ chances.

Columbia graduates have had excellent success in landing clerkships, with about 60 percent of applicants obtaining a federal or state-court clerkship, said Ilene Strauss, Columbia Law School’s executive director of judicial programming and academic counseling. The clerkship process has changed significantly in the past 50 years, when such coveted positions were sometimes awarded through personal connections. Today, the process is far more democratic and complex, and Columbia Law School, in addition to hosting speakers and panels, also provides individual counseling for students and helps process and send their applications.

The recent panel discussion was opened by Dean David M. Schizer, himself a former clerk for Justice Ruth Bader Ginsburg on the U.S. Supreme Court. Schizer noted that no other law experience open to young graduates was likely to offer the same challenges as clerkships, an American institution launched by Supreme Court Justice Horace Gray in 1882.

“After law school, if you join a firm, you’ll be busy but you’re not going to have the same degree of responsibilities,” Schizer said. “But a clerkship gives you a lot of experience in different areas, and since there’s a small staff you’re given a lot of responsibility.”

Clerks also get to spend a lot of hours in court, seeing how the law is practiced, Robinson added. “It helps you see what is good lawyering and what is bad lawyering in a whole bunch of different types of situations.”

Among the other panels this spring are: Clerkship Tips from the Hon. Anita Brody ’58 (Eastern District of Pennsylvania); The Nuts and Bolts of Applying for a Clerkship; A Clerkship Roundtable with Hon. Debra Livingston (a judge on the 2nd Circuit and a Columbia Law Professor) and Hon. Kenneth Karas ’91 (SDNY) and their clerks; and a luncheon with the Hon. Susan Braden of the Court of Federal Claims in Washington, D.C.

When applying for clerkships, which traditionally is done by 3Ls on the Tuesday after Labor Day, it’s helpful to know what judges are looking for in a candidate.  The panel offered audience members the following tips:

“Looking back at myself as a student, I wouldn’t have made the cut to clerk for myself,” Robinson said with a chuckle. “Some of these clerks I’m hiring are smarter than me. But fortunately it takes them a year to figure this out, and then they’re gone.”