April 4, 2008 (NEW YORK) –  Dahlia Lithwick, legal editor and columnist at Slate, took the invitation to make the keynote address at the Myra Bradwell Dinner on March 26 as an opportunity to honor the first generation of American women lawyers and deliver a kind of state-of-the-state of being one today.

About 120 alumni, students and faculty attended the dinner organized by the Columbia Law Women’s Association in honor of Myra Bradwell, a pioneering woman lawyer who was denied admission to the Illinois bar in 1872 because being a married prevented her entering into legally binding contracts. She took her case in 1873 to the Supreme Court, which upheld the state’s decision.

Lithwick’s speech touched on Barack versus Hillary, as well as the history of feminism, work-life balance and the need for women to feel their skill as experts. She urged her audience to honor those who came before, women like Myra Bradwell and Lithwick's own mentor, Barbara Babcock, the first woman appointed to the faculty at Stanford Law School.


“There’s no more exciting time to be a woman in this country,” Lithwick said at the 2008 dinner. “I hope you are as involved in the kicking and hair-pulling as I am,” she said, referring to heated discussions of this political season with colleagues, friends and families. 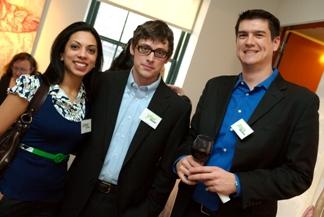 “Dahlia Lithwick's address was funny, moving and thought-provoking. I think everyone left feeling inspired,” said Myra Bradwell Chairperson Lauren Howard ’09. “We really wanted someone who would be a great speaker and offer a fresh perspective on women and the law,” Howard said.

The dinner also was an occasion for The Columbia Journal of Gender and Law to announce the winners of its 2008 Spring Notes Competition and the Myra Bradwell Note Competition. Winners’ notes will be included in the Winter 2009 issue of the Journal.

The other notes selected were Molly Karlin’s ’09, “Damned if She Does, Damned if She Doesn't: Social and Judicial De-Legitimization of Women's Agency in Commonwealth v. Woodward,” and Shelby Schwartz’s ’09, “Juvenile Prostitution Adjudication: Reorienting Our Conceptions of Appropriate Treatment for Commercially Sexually Exploited Girls.”

The Columbia Journal of Gender and Law publishes articles written by students and professors on issues of feminism and gender.

The Women’s Association’s mission is to create a community of women lawyers within the school, provide professional networking opportunities for women students and assist 1L women in transitioning to law school. There are about 175 current members.

At the end of her address to the Women’s Association, Lithwick said, “Nobody has it all but we have it great. And we look out at this group, and it’s going to be even greater.” 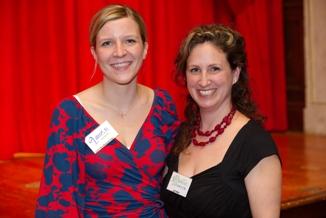 "Lithwick's writing for Slate is so clever and insightful that we knew she would be a fabulous guest, and we were delighted when she accepted our invitation," said Myra Bradwell Chairperson Lauren Howard '09 (left).


Columbia Law School, founded in 1858, stands at the forefront of legal education and of the law in a global society. Columbia Law School joins traditional strengths in international and comparative law, constitutional law, administrative law, business law and human rights law with pioneering work in the areas of intellectual property, digital technology, sexuality and gender, and criminal law.