New York, June 29, 2016—Kristen Underhill, an innovative legal scholar whose public health research has tracked how the law influences behavior, will join the Columbia Law School faculty this summer as an associate professor of law. She will teach health law and torts.

Underhill’s research has studied how the law affects people’s choices, the use of behavioral science concepts in the law, legal rules that use financial incentives, and the impact of racial bias and financial incentives on organ donation. She is also currently completing a five-year study of risk behavior and access to new HIV prevention technologies, funded by the National Institutes of Health (NIH). 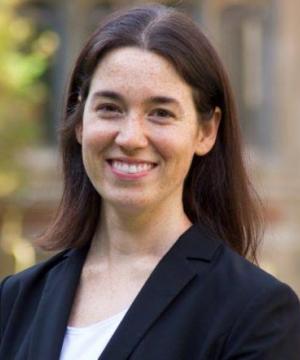 “My work approaches law from an empirical and behavioral perspective, examining how law shapes social influences and individual decisions,” Underhill said. “Part of the appeal of this approach is that well-intentioned rules can have unpredictable effects, particularly when they have heterogeneous impacts on different parts of the population. Law has much to gain from rigorously testing the behavioral assumptions that bolster legal rules.”

Since 2011, Underhill has served as an associate research scholar and fellow in law and health at Yale Law School, where she was also a member of the Yale Center on Interdisciplinary Research on AIDS. She received her J.D. from Yale Law School in 2011, serving as editor-in-chief of the Yale Journal of Health Policy, Law, and Ethics. Underhill had previously earned a D.Phil. in evidence-based social intervention from the University of Oxford, and she completed an NIH-funded postdoctoral research fellowship at Brown University’s Center for Alcohol and Addiction Studies.

Underhill draws on her background in evidence-based practice to study the effectiveness of public health laws. “In this field, laws with untested behavioral and scientific assumptions have the capacity to do real harm,” she explained, citing such examples as laws that criminalize HIV exposure, legal barriers to funding for needle-exchange programs, mandatory funding earmarks for ineffective or harmful public health programming, and laws that allow or reinforce discrimination and stigma. “But law can and should also be a force for improving health. Sometimes powerful fears about behavior can stand in the way of good law, and a behavioral science approach is important to debunk these misconceptions. An empirical approach to developing and testing legal rules is thus imperative for choosing among the available options.”

Underhill lauded Columbia Law School for its “strong cohort” of faculty using empirical research methods in the law, as well as the Law School community’s widespread interest in how law influences behavior. “New York has also long experimented with innovative legal approaches to improving public health,” she noted. “It is thrilling to have the chance to work on health law issues here.”