As the 2017 recipient of Brandeis University’s Joseph B. and Toby Gittler Prize, Crenshaw will deliver a lecture at an event open to the public.

Columbia Law School Professor Kimberlé Williams Crenshaw, a pioneer of critical race theory and leading authority on civil rights and black feminist legal thought, will be honored by Brandeis University for her enduring contributions to social justice and equality. 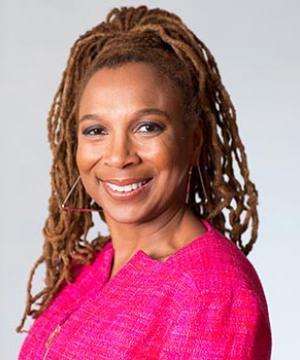 Crenshaw, whose research and writing have galvanized thinking and action about race, racism, and the law worldwide, will receive the Joseph B. and Toby Gittler Prize, which the university awards annually in recognition of outstanding and lasting scholarly contributions to racial, ethnic, and/or religious relations.

Crenshaw will receive prize at an award ceremony on October 25 in Waltham, Mass. as part of a three-day residency at Brandeis. She will meet with students and faculty and deliver a public lecture, "Race, Reform, Retrenchment Redux: Critical Race Theory and Intersectionality Beyond Post Racialism."

“Kimberlé Crenshaw is one of the rare scholars whose exceptional academic work has become an important part of dialogue and change inside and outside the academy,” Brandeis University President Ron Liebowitz said in a statement. “Her innovative thinking underscores important values associated with the Gittler Prize and with our university.”

Illuminating the oppression of women of color

Twenty-eight years ago, Crenshaw coined the term intersectionality to describe the exclusion of black women from feminist theory and policy discourse directed against racism. The particular manner in which black women are subordinated does not reflect the interaction of race and gender and is greater than the sum of both, she argued in an article published in the University of Chicago Law Forum.

“Intersectionality is a lens through which you can see where power comes and collides, where it interlocks and intersects,” Crenshaw explained in an interview published in June. “It’s not simply that there’s a race problem here, a gender problem here, and a class or LBGTQ problem there. Many times, that framework erases what happens to people who are subject to all of these things.”

Crenshaw directs the Center for Intersectionality and Social Policy Studies, which she founded in 2011. She is co-founder and executive director of The African American Policy Forum, a think tank that promotes efforts to dismantle structural inequality, as well as co-editor of “Critical Race Theory: The Key Writings That Formed the Movement,” the leading anthology on the subject.

Crenshaw, whose work has appeared in the Harvard Law Review, the National Black Law Journal, the Stanford Law Review, and the Southern California Law Review, is currently a visiting professor at the London School of Economics’ Gender Institute.

She has lectured nationally and internationally on race matters, addressing audiences throughout Europe, Africa, and South America. In Oct. 2016 she delivered a TED Talk on intersectionality illuminating #SayHerName, the campaign she launched a year earlier to call attention to police violence against black women in the U.S.

Crenshaw also has facilitated workshops for civil rights activists in both Brazil and India, as well as for constitutional court judges in South Africa, where she was instrumental in the drafting of the equality clause of the nation’s constitution.

“Kimberlé Crenshaw’s pioneering scholarship has advanced public discourse on race and gender equality for nearly three decades,” said Gillian Lester, Dean and the Lucy G. Professor of Law. “Her ideas and advocacy have allowed people the world over to see better how racial and gender inequality interact in the way they affect women of color and to take steps to address those injustices.”

In 2016, Crenshaw became the first woman of color to receive the Outstanding Scholar Award from The Fellows of the American Bar Foundation. She has been recognized by Harvard Law School, where she earned her law degree in 1984, as one of its “Women Inspiring Change,” and by Diverse: Issues in Higher Education, a newsmagazine focused on matters of access and opportunity for all, as an outstanding woman leader.

The Gittler Prize, which is supported by the Joseph B. and Toby Gittler Endowed Fund at Brandeis, includes a $25,000 prize and a medal.

Previous winners include Martha Minow (2015), Gustavo Gutiérrez (2014), and Patricia Hill Collins (2013). The prize is hosted by the International Center for Ethics, Justice and Public Life on behalf of the Office of the President of Brandeis University.