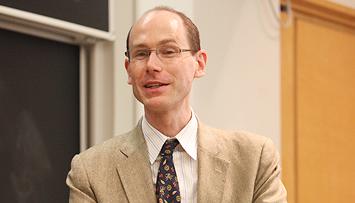 New York, Nov. 30, 2011—Judge Xue Hanqin ’83 LL.M., ’95 J.S.D., a member of the International Court of Justice (ICJ), returned to Columbia Law School recently to discuss her work on the principal judicial organ of the United Nations and to reminisce about her experiences while a law school student. Judge Xue’s visit was part of her campaign bid for re-election to the ICJ. Three days later, she was re-elected to the ICJ for a nine-year term. 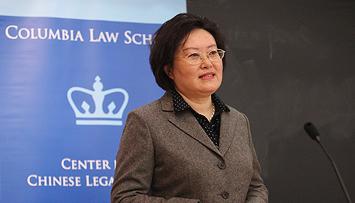 Judge Xue (above) was first elected to the court in June 2010. She replaced her countryman Judge Shi Jiuyong, who resigned in May 2010 at the age of 83, just a year away from completing his term. In winning her seat, Judge Xue became the fifth Chinese member in history to be elected to the 15-member court, which was established in 1945 by the U.N. Charter. Of those five Chinese judges, three attended Columbia Law School.

“When Judge Xue first came to Columbia in 1982, she was only the second Chinese student from the People’s Republic of China to enter the LL.M. program,” said Benjamin L. Liebman (below, with Judge Xue), the Robert L. Lieff Professor of Law and director of the Center for Chinese Legal Studies, in his introductory remarks. “This year, we have about 35 Chinese students studying for an LL.M. degree.” Liebman noted that Judge Xue's successful election is not surprising, considering her "trailblazing history." 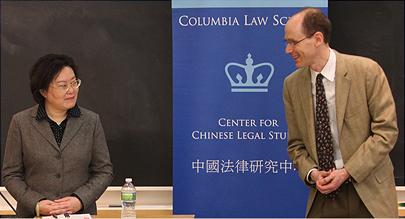 Judge Xue said that she chose Columbia Law School for its rich tradition in international and foreign law: “In one of my early classes with Professor [Richard] Gardner, he would often ask us what legal advice we would give to governments if we were their counsel. It was good training for my career.”

After receiving her LL.M. degree, Judge Xue worked for more than two decades for the Department of Treaty and Law of the Ministry of Foreign Affairs of China, serving as director-general from 1999 to 2003. She returned to Columbia Law School for her J.S.D., which she received in 1995. Judge Xue has also served as a member of the International Law Commission for nine years, ambassador of the People’s Republic of China to the Netherlands and permanent representative to the Organization for the Prohibition of Chemical Weapons, Chinese ambassador to ASEAN, and legal counsel of the Foreign Ministry of China.

A year into her new job, Judge Xue said that the court is now quite busy. As a new member, she has already worked on nine cases, mostly involving various subjects of international law.