The practitioner, scholar, advocate, and new member of the Columbia Law faculty is an authority on juvenile justice and founder of the Family Defense Clinic. 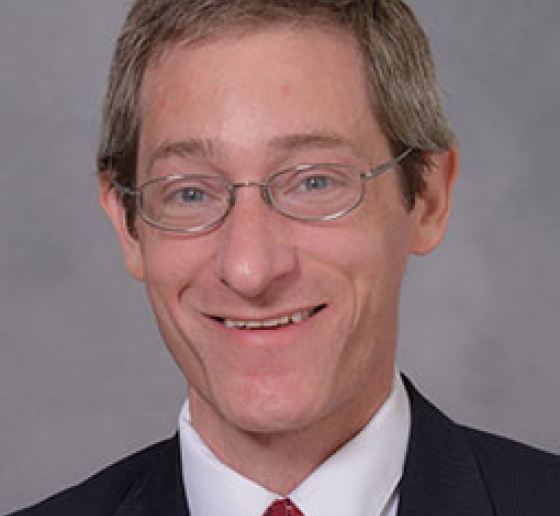 In the course of his career, Josh Gupta-Kagan has argued cases in family court on behalf of children and parents. But he says the legal systems that are meant to help families often fall short and threaten children’s and parents’ fundamental right to family integrity, i.e., the right to live together.

“Government intervention, which is supposed to be well-intentioned, can involve invading constitutional rights we hold precious,” says Gupta-Kagan. “And I think there’s also plenty of reason to question whether it’s actually helpful.”

Gupta-Kagan, who joined the Columbia Law School faculty as a clinical professor of law on July 1, was previously a professor at the University of South Carolina School of Law, where he taught Parents, Children and the State; Juvenile Justice; and led the Juvenile Justice Clinic. “We represented children—usually teenagers—accused of minor to moderate crimes,” he says.

Now, at the Law School, he will train students to defend parents accused of abuse or neglect in the new Family Defense Clinic. “The reasons to represent parents are because they’re the most direct check and balance on government action to invade families, and because parents are best suited to raise their children, and because helping children and families requires helping parents,” he says.

Gupta-Kagan says there is a growing body of research—much of which is being developed in New York City with interdisciplinary family defense law offices—that shows the positive impact of strong family representation on children and the overall system. “Representing parents and representing them well leads to kids getting out of foster care faster, going back home to the stability of living with families or, if they can’t go home, living with other family members,” he says. “The empirical record has been showing that strong parental representation achieves that without jeopardizing children’s safety.”

Out of the Shadows

Gupta-Kagan made waves in 2020 with his article “America’s Hidden Foster Care System” in the Stanford Law Review (which was cited the following year in “How ‘Shadow’ Foster Care Is Tearing Families Apart” in The New York Times Magazine). “In most states, child protection agencies induce parents to transfer physical custody of their children to kinship caregivers by threatening to place the children in foster care and bring them to family court,” he wrote. “But [these actions] are hidden from courts, because agencies file no petition alleging abuse or neglect, and hidden from policymakers, because agencies do not generally report these cases.”

Gupta-Kagan is outraged by this bait-and-switch tactic. “It’s an example of how our existing legal system can do something and make it sound good,” he says: “Look, we’re keeping kids with kinship caregivers! Look, we’re keeping them out of foster care! Look, our foster care numbers are going down!”

The essential question for Gupta-Kagan in the foster care context is: Can a parent and child live together, or do they really need to be separated? “Because separating a child from a parent is no small thing—it’s a huge intervention that causes all sorts of long-term problems for children and parents,” he says. “That’s why there was such an uproar a few years ago when the Trump administration was separating families at the border. And families in Harlem and the South Bronx that face separations from the Administration for Children’s Services have had the same harms befall them.”

In his clinic, students will provide legal representation to parents and appear in family court under Gupta-Kagan’s supervision. They will also address policy issues in seminars. “We need to be training lawyers to do more than handle a case straight from beginning to end, although that’s essential,” he says. “We want them to understand the full legal system in which they operate to become leaders and reformers or revolutionaries regarding those systems. In child neglect and abuse law, so much happens beyond family court.”

Growing up in Albany, New York, Gupta-Kagan learned about the foster care system from his psychologist parents: His father, Richard Kagan, worked as director of psychological services for Parsons Child & Family Center in Albany and provided mental health care to children in foster care; his mother, Laura Kagan, ran her own psychotherapy practice, which included court-ordered evaluations for a variety of family court cases. “I grew up with a more favorable impression of the system than I have today,” he says.

Gupta-Kagan went to New York University School of Law, where he was awarded a Root-Tilden-Kern Public Interest Scholarship because of his plans to pursue a public service career representing children and families. After graduating, he clerked for Judge Marsha Berzon on the U.S. Court of Appeals for the 9th Circuit and then went to work at Children’s Law Center (CLC) in Washington, D.C., where he moved with his future wife, Avni Gupta-Kagan, a lawyer who is an educational and organizational consultant.

During his six years at CLC, he represented children and parents in District of Columbia Family Court and was a senior attorney on the CLC policy team working on legislative efforts for systemic reforms of the child protection system. His pivot to academia was two pronged: “My personality and skill set were calling me to write, which led to law review articles criticizing the status quo and proposing changes,” says Gupta-Kagan, who has written about the standard of proof in child abuse and neglect law, the school-to-prison pipeline, and the gaps and biases in child protection law. “And it was partly burnout prevention for myself,” he adds.

Working in family court is emotionally taxing, says Gupta-Kagan, and in the clinic he teaches students how to be resilient. “We go on a journey with our clients and the many traumas they encounter, and that’s difficult for lawyers to go through, although not as difficult as for the families themselves,” he says. “Students need to understand that secondary or vicarious trauma is a real thing. And though it sounds trite, self-care is very important to help students build habits that will help them continue in this work in a healthy way.”

Gupta-Kagan says New York City is way ahead of most of the United States in the quality of representation parents can get in family defense cases because of pioneering legal services organizations—such as The Bronx Defenders, Brooklyn Defender Services, Center for Family Representation, and Neighborhood Defender Service—that don’t exist yet in other cities and states. “I’m excited to be at Columbia Law School because it has a national and international platform where its students go off and work all over the country, all over the world,” he says. “Hopefully, the students who choose to be in my clinic will become leaders in this field.”