In testimony before the House Financial Services subcommittee, Coffee suggested ways to modify and improve a bill on insider trading. 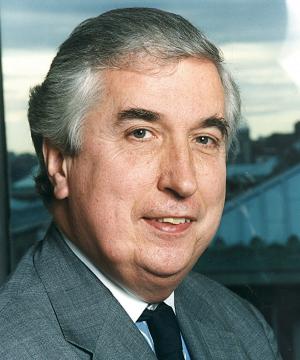 “Courts are not in the business of representing the community and deciding what is criminal,’’ he said.  A federal law prohibiting insider trading would mean “less possibility of people being surprised by new interpretations.’’

Coffee spoke in support of the Insider Trading Prohibition Act, a bill sponsored by Rep. Jim Himes, D-Ct., that Coffee helped draft. A leading expert in securities law, Coffee is the Adolf A. Berle Professor of Law and director of the Center on Corporate Governance. He is also a member of a task force on insider trading convened in 2018 by former U.S. Attorney Preet Bharara ’93. The task force plans to propose new insider trading regulation to the SEC.

Himes’ bill would expand the government’s ability to prosecute insider trading based on information obtained illegally, including by computer hacking or simple theft, Coffee said.

It would also end a requirement that prosecutors show the person receiving inside information provided a benefit to the tipster. This requirement has been at issue in recent appeals of insider trading convictions, including the conviction of Matthew Martoma of S.A.C. Capital Advisors.

Ending the personal benefit test is necessary, Coffee said, because not only is a payment for information easy to hide, but the “norm of reciprocity” on Wall Street means that payback is more likely to come in the form of a new insider tip later on. “Sometimes Wall Street resembles a giant favor bank,’’ Coffee said. If you get an insider tip, “you gotta pay it back eventually.’’