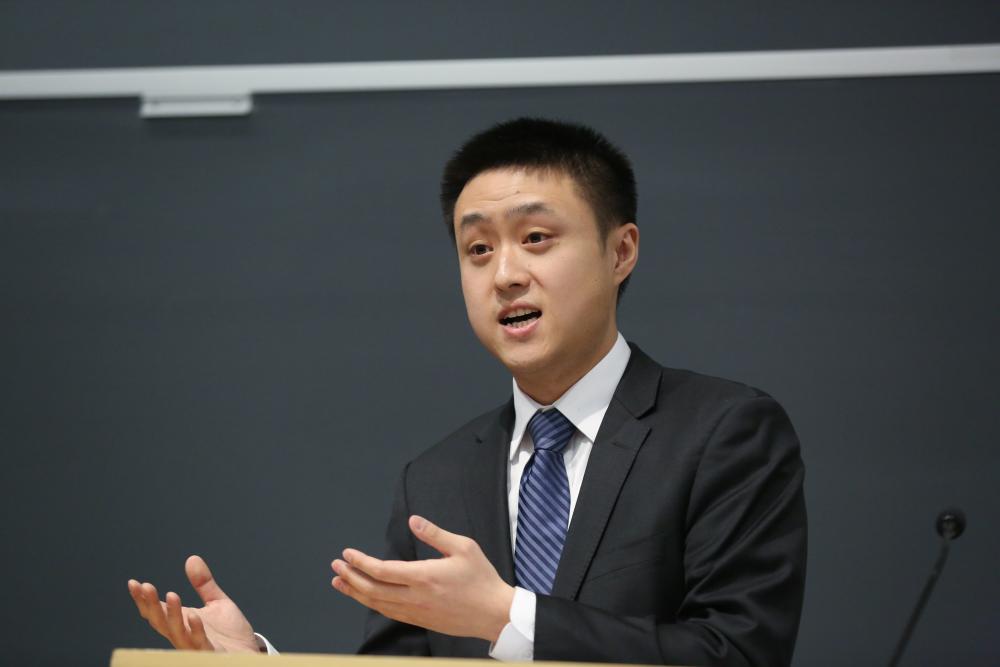 After graduating with a bachelor’s degree in cognitive science from the University of California, Berkeley, Jing Wang ’19 explored his interest in biological research as an intern with the pharmaceutical company Gilead Sciences. Wang began to adjust his plans, though, when a lecture from one of the company’s in-house attorneys started him on his path in law.

“She talked about their patent cases and how they protected their intellectual property, and I found that really fascinating,” he says.

Wang left his internship after six months and shifted to a role as a legal assistant for ComputerLaw Group LLP in Palo Alto, California. Over the next two years, the firm gave him the opportunity to draft briefs, explore trademark and copyright law, and ultimately develop his passion for litigation.

“I went to law school wanting to do litigation. I knew that for a fact. I really like crafting arguments and strategizing,” he says.

Three years later, these same interests propelled Wang to join the Harlan Fiske Stone Moot Court Competition, where he is one of four finalists. For Wang, each round is another opportunity to develop his public speaking skills. “I really like the oral arguments—the interactions with the judges, the questions they’re asking, and having the exposure to new arguments from the other side every time,” he says.

Throughout the competition, Wang has applied lessons from his time on his high school debate team and as a participant in and a teaching assistant for the Foundation Moot Court program. He has also looked to his Federal Court Clerk Externship with the Eastern District of New York, where he learned what was most important when constructing an argument.

“During that externship, I got to see a lot of oral arguments in front of Judge Ann M. Donnelly in court, then I heard the discussions between her and the clerks in chambers,” he says. “That was something I drew on when presenting myself in an oral argument” during moot court.

Since starting law school, Wang has carved out a path in intellectual property through his classes and his professional experiences. In addition to the copyright and patents law courses he took as a 2L, in the spring 2019 semester he is taking a seminar on copyright issues and a course on trademarks with Jane C. Ginsburg, the Morton L. Janklow Professor of Literary and Artistic Property Law. He will build on his studies after graduation working on patent litigation at Arnold & Porter Kaye Scholer LLP in Palo Alto, California.

In the meantime, Wang is enjoying moving through the moot court program: “This moot court competition is one of the academic highlights of my law school experience.”